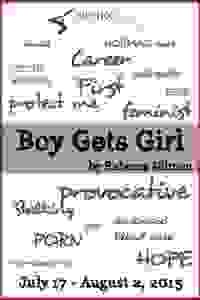 The Seeing Place Theater presents a thriller about stalking, sexism, and romantic pursuit, when a blind date between successful 30-something Theresa and computer professional Tony turns into a living nightmare.

Theresa Bedell is a successful reporter in New York who loves the life she has made for herself. A relationship would complete the picture and so she agrees to go on a blind date. Tony is attractive and funny, but after a second date she's convinced this isn't going anywhere. Tony, though, thinks otherwise. What at first seems like persistence grows into obsession, and Theresa's annoyance with Tony turns to terror as he begins to threaten her and those around her. The play will be performed in rotating repertory with 'Boy's Life' by Howard Korder.

"The script keeps you engaged, until things get repetitive...The emotional arc of the play was severely lacking...The pacing of the thriller was brilliant."
Read more

"Still terrifying and relevant today. Gilman, with believable dialogue, hits on something really troubling in society about what is thought of as normal male behavior."
Read more

"Excellent revival...Erin Cronican is absolutely sensational...Much of the success of this production must be attributed to her performance. That is not to deny that Ms. Cronican has been very ably supported in this production by the other members of The Seeing Place Theater’s ensemble cast. "
Read more