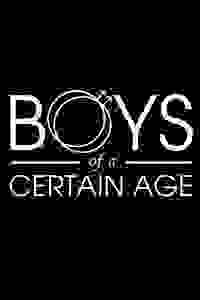 Boys of a Certain Age NYC Reviews and Tickets

Ira and Larry were Hebrew school classmates who took different paths in life. Ira came out and moved to the city; Larry married a woman, had a family, and came out later in life. Now, following the 2016 election, they're spending one memorable weekend together with Larry's son Bryan, Ira's nephew Christopher, and a whole lot of gay history.

79
Topical, Lots of laughs, Lots of drama, Intimate staging, Boys in the band-ish

See it if gay themes, lingo, jokes, history, audiences, are your thing or you're curious how the gay 10% live, love, & hold varied political beliefs

See it if If you want to see a play about same sex relationships young and older. You want to really laugh. You want to hear some relevant information

Don't see it if You have a problem with seeing a play about same sex relationships. You don't have an open mind and don't want to laugh. Read more

See it if You'd like a sense of how far gay rights & identity have come in the last 60 yrs; a funny if flawed play that attempts much, mostly succeeds

Don't see it if You're closed-minded to the point of homophobia/intolerance: 'good bet you won't enjoy or get the jokes—'less you've been closeted: then go! Read more

See it if you enjoy great writing and acting in a play with revealing character studies.

Don't see it if you are uncomfortable with plays with gay themes.

See it if you like plays with wit and humor, which explore timely social/political topics. This show has strong performances, and a big heart.

Don't see it if You dislike all the above.... Seating is against the walls; stage in the middle

Don't see it if you're offended by reference to gay sex (a few) or criticism of the current, hopefully short lived, administration. Sorry for adding my bias

"For two hours, these well-to-do white men shout at one another about privilege and politics, capturing the authentic palaver of a certain set of New Yorkers...While Fingerman's characters do fit a little too neatly into their boxes, he uses them to snap a Polaroid of gay conversation in the early part of 2017, proving that a playwright can be a first responder to our culture...Under Dinero's steady direction, the actors are able to make their dialectical lines sound real and believable."
Read more

"There’s not much in the way of plot, but secrets are revealed, scores are settled and life goes on with new insights. It’s reminiscent of a Terrence McNally play but lacking in polish...Director Dan Dinero’s fluid staging aids in enlivening this quite talky material...Passionate, well-intentioned, and accomplished on several levels, but flawed in construction, 'Boys of a Certain Age' doesn’t cohere into a fully satisfying work."
Read more

"An intelligent and nuanced exploration of the generational divide among gay men who have navigated their identities in distinctly different ways...The cast is talented, each navigating their characters with a confidence that suggests each feels that they know best...Fingerman’s script is intellectual and cuttingly sharp...It is not, it should be said, a wholly perfect script—the show begins to lose focus towards the end."
Read more

"'Boys’' timeliness is its greatest asset, but also—paradoxically—something of a drawback. Yes, we can relate easily to the political conflicts that the characters face. The play’s very torn-from-the-headlines freshness makes those conflicts seem not only too close for comfort but also too close for the kind of discomfort that can help trigger a measured, productive response...Fingerman’s script is likable and often quite funny...The cast is solid."
Read more

"What makes this such an important play is it opens the discussion of queer life under President Trump, because some gay men did vote for him...Mr. Fingerman is an exquisite writer getting the humor and the conflict of life. He realizes there is more to life than just black and white and this play has all sorts of gray...Director Dan Dinero has the cast actively moving so we feel the passage of time and feel the tension brewing underneath the current of rigidity."
Read more

"Fingerman’s text has an old-fashioned sensibility to it, giving the story charm. There is a strong foundation in the structure. The content is dynamite, exploring the dynamics of the generations...Sometimes it feels like a Facebook newsfeed. That being said, Fingerman’s dialogue is best when the hot-button topics are integrated into the plot...'Boys' is an engaging piece of theater with an exuberant amount of sentiment. It’s rich with history with a modern sensibility."
Read more

"The story sometimes veers wildly off-course and seems to have trouble landing on a solid subject to discuss during the first half. After roughly the mid-way point, the importance on LGBT community history and its current fears comes to the forefront and the play becomes undeniably absorbing...Overall the script has very few flaws and is definitely crafted with love...Each actor has a unique personality and you lose yourself in the stories they get to tell...A remarkably well crafted show."
Read more

"This beachside play has some of the verve of ‘Boys in the Band’ and far more likable characters…The events of the weekend are a mixture of funny, moving, confrontational and conversational...The dialogue is at times a little on the money, but frequently takes left turns into fresher territory...The performances are all solid…All in all, while the production feels slightly under-rehearsed due to some timing bumps, the material is challenging, intelligent, witty and full of surprises."
Read more