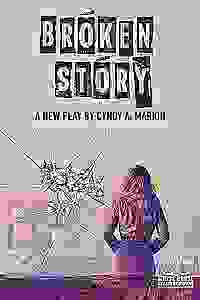 White Horse Theater Company presents this world premiere drama about a young New York reporter who tries to discover the truth behind a Hollywood murder.

In "Broken Story" we meet Jess, a driven young New York reporter who arrives at the Los Angeles home of murdered novelist Jane Berman, hoping to uncover the true story behind a mysterious Hollywood crime. As she meets those closest to the victim, everyone becomes a suspect. Alibis are questioned, motives are discovered, and memories are surfaced in an effort to put the pieces of the puzzle together. Jess is as gifted with her journalist notebook as she is with her imagination, but the truth she unearths has dangerous consequences.

See it if you want to support new work by a well meaning troupe. There are some good spots but not enough to hold it together.

Don't see it if you want a sensible who-done-it. Too much does not add up well and it easily loses the audience.

Don't see it if You’re looking for a deep story.

See it if you enjoy seeing new plays and want to support a company that produces them.

Don't see it if you're expecting a noir mystery. I THINK that's what was intended, but the script really doesn't pull that off. You expect good acting. Read more

See it if U don't know the Rbt Durst/Susan Berman story & want to see it acted out.This is just a rehash w/a couple xtra characters & a bit of fiction

Don't see it if Why is this not described as a fictionalized version of a true story?Acting mediocre, writing not very good,totally unbelievable scenarios Read more

Don't see it if You are looking for an original story or strong drama. Shortly into the play my friend pointed out that it's R. Durst / S. Berman story.

See it if I like a good mystery but this did not work for me...script needs work.

Don't see it if you want a noir mystery feel with substance.

See it if You enjoy mysteries and crime stories. At eighty minutes, it’s brief and diverting enough.

Don't see it if You’re expecting an innovative or memorable night of theater. The acting is often over the top. There’s one very far-fetched plot twist. Read more

See it if It's not super well acted or written. It's a bit confusing and relies a lot on coincidence and magical events to move the plot forward.

Don't see it if You have anything else to do. This is not a fun night. It's 80 min that feels like 2 hours.