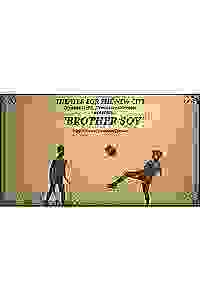 A tale of two brothers from 1980s Harlem.

Two preteen brothers are separated after their parents’ divorce. The older brother is taken by his father to live in South America, where their father dies fighting the Civil War. The brothers lose contact. Twenty-two years later, the older brother, now a religious man, finds the means to return to America and reconnect with his long-lost family. To his disrepair his mother is dead; and his once cherished little brother is nowhere to be found. The man does not understand the new America and finds himself in another war trying to find his once beloved brother.

See it if See if if you want to see family drama told from a Hispanic perspective.