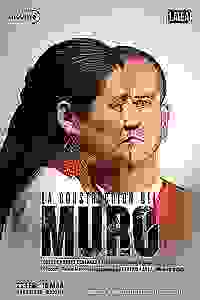 After sold out seasons in Costa Rica, El Salvador and Spain, “LaConstrucción del Muro” arrives to the U.S. The production brings together diverse Central American talents to lay bare the consequences of hate speech against Latino immigrants. Winner of the Audience Award at the Miteu International Theater Festival, Spain, the play examines what happens when an ordinary person becomes part of the machinery of an oppressive political system and how the inconceivable becomes inevitable.The play exposes the effects of hatred against immigrants that flee from violence and poverty. What they encounter across the border is a dystopic panorama the effects of which might be more real than the public cares to accept.

See it if A play written just before Trump’s election that, at the time, speculated on the possible detainment (& extermination) of immigrants.

Don't see it if you take a condescending view toward the past & think earlier generations were just less rational, more reckless, & less moral than today's.

Also 2017 play references Trump’s Family Separation Policy & draws on the Holocaust in its forecasting. Schenkkan points out commonalities in blaming an ethnic minority for the country’s economic problems & subsequent appeal to white supremacy.

Casual accusations of fascism are so common today, one might expect ppl to bristle at comparing US immigration policy to the development of the genocidal state (Holocaust-similarity deniers?). If the original script didn’t take that skepticism into account, this adaptation—now w/ the language & actual casting of Latinos—certainly brings the play’s predictions home.

Eye-opening talkback. 2 polite white men asked why the show wasn’t in English. A third didn’t explicitly suggest English, but commented that the Spanish-speaking actor portraying a white nationalist was confusing. When the company responded (bilingually) to all questions w/ thoughtfulness & tact, I better understood the necessity & urgency driving this play.

See it if you want to see brilliance by both the author, Pulitzer Winner Robert Schenkkan, and translator,Gerardo Bolanos

Don't see it if you are triggered by an unapologetic white Nationalist, institutional mass murderer looking for "understanding".

Also a show that should be seen in every school where the children are old enough to read, but it won't be because it exposes that not all ideas are tolerable. So bring your children The Clemente instead.

A white Nationalist, mass murderer seeking to be "understood" for his "patriotism" so he can "win" his wife back earns neither empathy nor sympathy. when Schenkkan wrote this in 2015 he probably did not know how close to reality he would come.

The play was written in English and translated to Spanish and is shown here in Spanish, but like all great writing the scenes are given room to breathe and the supertitles are not a problem to follow.

Stay for the talk back. The Latin American creative team offers special insight.

See it if Want a true theatrical & powerful experience driven by US border policy and the ‘what if’ future. The playwright hit the nail on the head!

Don't see it if You are not open to see a vision of border policy.

Also This is a must see production with outstanding actors, director & playwright. Mentioning Author Robert Schenkkan should be enough for theater-goers to flock to this amazing drama. Bravo!... Read more Read less

See it if you want an amazingly acted, intelligent play about how our country might treat illegal immigrants if we continue the path we are on.

Don't see it if you don't want to know how "the illegal immigrant problem" might be solved in the future if we don't fight for acceptance instead of hate.

See it if You want to experience what “the wall” has done to the world. From start to finish you experience this prediction of present day horror.

Don't see it if You have difficulty with subtitles. I found it easy to read and experience the play. The actors are SO GOOD.

Also Magdalena Morales is powerful, moving the audience with her heartfelt emotion. Rodrigo Duran is masterful in getting this (me) Trump hater to listen to and feel a little of what a Trump supporter might be feeling and motivated by. That is amazing in itself.
The actors have a complex give and take, where we experience the depth of their lives. It is very powerful.
Written at the time when Trump was running for office, this play made predictions that are verified now with video and sound clips. We keep making, as a country, small decisions which bring us in a terrible direction. At some point down this path, we have made or will have made a decision to destroy or end the life of a fellow human being.
A Play by Robert Schenkkan and directed by Natalia Mariño
This play went south across the wall to Costa Rica where it was made even more powerful and moving and now it came back. SEE IT.

TheatreLover311
New York City
Female
104 reviews
Get Alerts Alerts On Alerts Off
85
A lesson that de-humanizing anyone brings about hate and cruelty, Felt like a slow descent from purgatory to hell, A playwright's warning of the future that might be, Shocking and surreal
February 28th, 2020

See it if you like meaningful theatre with dystopian warnings of the direction our country might take without the intervention of our justice system.

Also Staying after the performance for the talk-back with the stars and the playwright, Robert Schenkkan was an added gift which helped to contextualize and inform the powerful content of this play. Just like life is made of countless but important little moments, the details shared gave this play the added moral power to warn the extreme direction our country is taking.

The play, born from Mr. Schenkkan's alarm at nationalist and supremacist movement actions in 2016, is a dire warning that what happened in Germany from the rise of Hitler could happen here. Normalizing hate and scapegoating immigrants will only bring about more normalizing of hate, until unimaginable acts can be excused away as the law of our land.

The powerful performance of a Costa Rican theatre veteran, Mr. Rodrigo Duran, sadly had an immigration related footnote that was shared with us after the show. Mr. Duran took over the role from Mr. Antonio Rojas because he was denied a visa to star in this production in NYC.

See it if You are a fan of underacted, dialogue heavy message plays. The style is very understated, presumably favoring message over emotive acting.

Don't see it if You want to see action; you want to see stories happening, not get 2d-hand "interview" version. BUT my companion loved it, was not bored.

See it if you like political theater. The play is a warning about what could happen -- it was written in 2016 and some of it already has!

Don't see it if you don't speak Spanish or don't want to read subtitles. I found that watching this play in Spanish heightened the experience in this case.

See it if We hear and read about so many horror stories of immigration; in this production we feel it. Unique use of live video & haunting music

“Building the Wall (La Construccion del Muro)” hasn't been reviewed by any Critics (yet!) 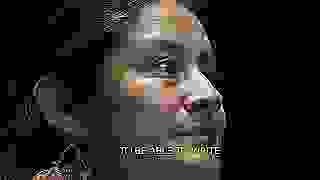 Costa Rica's Teatro Espressivo brings their critically acclaimed acclaimed production of BUILDING THE WALL by Pulitzer Prize and Tony Award winner Robert Schenkkan (The Kentucky Cycle, All the Way, Hacksaw Ridge) to the US.

Teatro LATEA
Producer
Get Alerts Alerts On Alerts Off