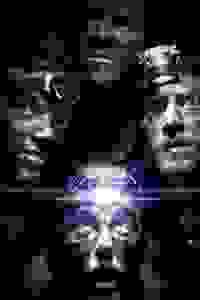 Brooklyn arts collective Aztec Economy and The TankNYC present a drama set in 1970s West Virginia about five coal miners trapped in a cave collapse that forces them to examine their lives.

Following a cave collapse, five coal miners struggle to survive the dwindling supply of oxygen, the lack of food and water, the unraveling sense of passing time, and, even more threatening, their own competing natures. Brutally weaving through family histories, complicated friendships, crooked politics, audacious hopes, eerie dreams, and fervent spirituality in this run-of-the-mill Appalachian community, 'Butcher Holler Here We Come' is a descent into the male psyche-in-crisis where secret desires, carnal urges, and hidden memories come boiling to the surface.

"In truth, it’s a little hard to follow and keep the characters straight. Blame writing that is too oblique for its own good and direction that favors volume and shock over clarity. By the end you understand in general terms what went on in the mine, but you wish you had the text to read. Still, the piece is visceral."
Read more

"This performance is the stage version of a thriller...Confusion surrounded parts of the plot for me, but I don't mind not understanding every detail. After awhile most connections revealed themselves and before they did I had the pleasure of watching some innovative staging paired with talented acting...If you want to see something new and different this is for you."
Read more

"An emotionally dark yet stunning portrait of humanity in crisis...'Butcher Holler Here We Come' stomps and kicks and gasps its way through each one of these huge topics, swirling them around in a pitch dark stew, imploring us to hold on and pray for escape."
Read more

"It appears that in losing the standard tools of electrical power, especially stage lighting, Aztec Economy gained license for even more narrative iconoclasm than usual. A taste for the avant-garde may be needed to appreciate this dark concoction. It grew on me like a clammy mold in a dark, dank cave – but it grew on me."
Read more

"I thought the show was very compelling, the characters rich and nuanced, and the blackout immersion effective. The drama is good, but the show is very much about getting caught up in the moment and the feel of confusion and fear. That bit of discomfort gives the show an edge."
Read more

"This is no standard bottle drama. The dialogue flashes constantly with the miners speaking from all corners of the room. There is a lyrical tinge to the language used, giving the rough character of minerspeak and technical jargon a unique flow...'Butcher Holler Here We Come' is the type of show that elevates the Fringe Festival. Perfectly executed in performance, structure, and fringe-iness, it is also a natural fit for its venue."
Read more

"'Butcher Holler Here We Come' provides an intense, funny, scary, dark experience for a little over an hour regarding the effects of a cave collapse on five coal miners. Aztec Economy is comprised of five excellent actors with an engrossing, serious script that keeps you on the edge of your seat throughout the show...See the show."
Read more

"The play weaves together the collected terror of the Appalachian miners with those of their settler ancestors and the Native Americans who lived on the land before that into a macabre vision of Indian rituals, demons and primordial monsters... \Each man’s strengths and sins are insightful as well as familiar, and the performances capture the horror of being in an ancient place where God has no power—but faith must see you through."
Read more