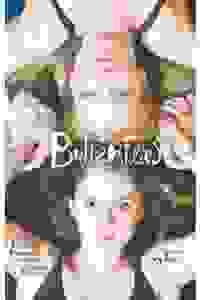 "Butterflies" is the story of two sisters whose favorite pastime is a dangerous game: whoever holds the butterfly hairpin can ask the other one to do anything she wants.

Don't see it if No laughs. May be tough to handle for some. Minor question re: reality and sisterly game played .

See it if you like exploring the games siblings play and the changes in relationship over the years. Good use of set and props for a small black box.

Don't see it if you do not like constant tension among sisters from a dysfunctional family that has sad results. Some use of old terms that are not PC today

See it if dramatic rituals intrigue you. The plot revolves around a theatrical game developed by teenaged sisters abandoned to raise themselves.

Don't see it if suicide, familial abuse or extreme jealousy are trigger issues.

See it if Two Sister play a game that turns serious and not a game anymore.

Don't see it if No a laughing/funny show.

See it if You enjoy twisting family relationships.

Don't see it if You’re looking for easy entertainment

See it if Excellent actors making the best out of a very poor written and directed script.

Don't see it if Poor direction and dreadful script.

See it if You enjoy avant-garde, European style productions and can find the humor in dysfunctional situations

Don't see it if You’re looking for a straight forward, all-American drama. Or you don’t like puppets

See it if You appreciate serious creative work that treats the downside of patriarchy with the same chaos it imposes on women.

Don't see it if You don't like avant-garde stuff that makes you work and think to "get" it.

See it if You enjoy delving into the effects of our upbringing on our adult lives.

Don't see it if You expect a light and airy show.

See it if The story is not pleasant and was exhausting to watch as the theater was very warm. The actors did well with the material though.

Don't see it if Don’t see it if you would like to feel good about the people in the story.

See it if Superb acting that gave depth and humor to these characters. A fast-paced jump through the decades of 2 sisters' relationship.

Don't see it if The script includes a lot of unmotivated action- so some of the plot seems fairly arbitrary, lessening the emotional impact.

Don't see it if you want scenery

See it if you like to see dimensional characters.

Don't see it if stories about siblings hold no interest for you.

Don't see it if Script is tedious and not very compelling that makes is impossible to overcome by two hard working actresses. Broom puppets are foolish.

See it if ... you wish to enjoy a riveting performance by two great actresses.

Don't see it if ... you will be disturbed about the story of love and rivalry between two sisters who grew up in the heart of a dysfunctional home.

See it if If you like small avant gard productions, see this one.

Don't see it if Not entertaining. Also found the dialogue was too muffled for me to hear everything.

277 reviews
Get Alerts Alerts On Alerts Off
During previews
58
But wait, there's more!, Quirky, Indulgent, Disappointing
May 30th, 2019

See it if you want to see two talented actors work very hard to entertain -- dealing with an implausible, confusing, repetitious story line.

Don't see it if This was not for me, and I soon tired of this very strange, depressing story. I liked the singing.

See it if Great performances by the two actresses, interesting staging with LOTS of props.

Don't see it if Mix of absurdist and pretty straightforward drama didn't work for me. Also found it boring, especially scenes with the father puppet.

Also This is a very small black box theater so the show feels very up close and personal which is not great if you don't care for the show and want to disconnect a bit.... Read more Read less

MandyEliakim
Brooklyn
35-49 | Other
241 reviews
Get Alerts Alerts On Alerts Off
During previews
70
Great acting, Dizzying, Disappointing, Hot 🥵, Ambitious
May 30th, 2019

See it if You like a 90-min, 2 actor play. Great acting, great use of a small black box theatre. Props helped the action. Premise was explained at the

Don't see it if End. Some violence. I HATED the use of the “R” word! (I have a special needs sibling). It’s definitely community theatre at its best.

168 reviews
Get Alerts Alerts On Alerts Off
During previews
75
Great acting, Dizzying, Disappointing
May 30th, 2019

See it if Small theatre's fan who will feel good on uncomfortable chair for 90 min observing the depressive story. Good acting, nice singing

Don't see it if Constant repeating"retarded" word. Some violence toward kid (who is represented by very ugly looking marionette).One sister kills another.

Also tells that kids from the disfunctional families repeat their parent's destiny and what comes around goes around. Sister who blamed their mother for her suicide ended up with cancer, killing her youngest sis and leaving her nephew an orphan. Very "optimistic" story.... Read more Read less

See it if you like lean two person dialogue plays that trace a somewhat dysfunctional relationship across many years. A play with some good themes.

Don't see it if You mind some discursions that are unnecessary, a play that feels like it may have to much going on, an ending for theme not character.

Also Mild recommendation based on that I think its an interesting play and I liked both Miss Sacks and Miss Watkins. Biggest issues are the play has numerous interludes where the two actors play at least one other role, I didn't like any of those and thought they were unnecessary. Only 1 really even needed to be explained for the plot. It took the play away from the drama of the two sisters. The play, I think, is an exploration of religion and how rituals develop and become sacred and overtime the formal structure itself may overtake the true purpose. In the end the play resolves into a conflict between if the game is a means to an end (bonding the sisters and allowing them to resolve conflicts and enlist each other) or an end itself (something that must be followed even if its intent is being subverted). The ending makes sense along those lines but I will say I didn't know if the older sister's character was established as the type of person who would do such a horrible thing.... Read more Read less

See it if You like the twists and turns of familial relationships...and how they affect us throughout our lives

Don't see it if You don't like straight acting in a small theater.

Don't see it if you like large sophisticated productions with believable stories; you don't like yelling, items being thrown around; and very minimal sets

“It's possible that the play suffers from being translated...Or perhaps it's just that the direction...can feel lost at times. While both actresses have good moments, it often feels like their character development is erratic and random...This play is unique, but it feels like it is longing to ma...
read more
Get Alerts Alerts On Alerts Off
"A poignant exploration of life, love, and loss, Emanuele Aldrovandi’s 'Butterflies,' unfolds over the next ninety minutes as a rollercoaster of blunt dialogue mashed with symbolic theatricality, a masterclass in heartbreaking coming of age vignettes...A beautifully written, acted, and directed U...
read more
Get Alerts Alerts On Alerts Off

Kairos Italy Theater
Producer
Get Alerts Alerts On Alerts Off 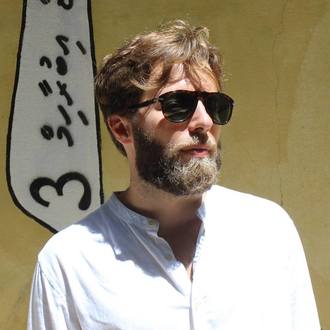 Emanuele Aldrovandi
Playwright
Get Alerts Alerts On Alerts Off 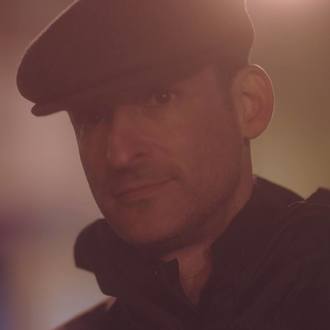 Jay Stern
Director
Get Alerts Alerts On Alerts Off