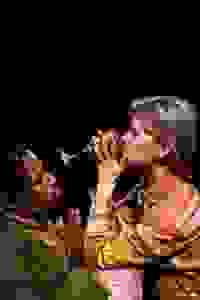 View in admin
Call Me Fury: An Anti-Western
NYC: Brooklyn
Score it Scored!

Call Me Fury: An Anti-Western NYC Reviews and Tickets

The Brick and Theatre Of WAR present a new Western-themed drama about lawman who seeks revenge on those who've done him wrong.

Somewhere in Oklahoma in the not-too-distant future, a retired lawman and his wife are murdered by a corrupt band of government officials who’ve seized control of their small town. Years later, the lawman is reincarnated as a man named Lone who avenges his own murder and frees the vulnerable town from tyrannical occupation. Using six actors, sound, text, and found objects, 'Call Me Fury' pays homage to and comments on the Spaghetti Westerns of the '60s and '70s, while attempting to navigate a way through a grim present into a vast, unknown future.