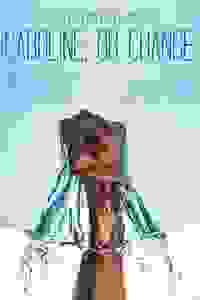 This musical from Jeanine Tesori and Tony Kushner tells the story of a remarkable but uneasy friendship between a young Jewish boy and his family’s Black maid in 1963 Louisiana.  More…

Set in one of the most turbulent decades in America’s history, “Caroline, or Change” uses its score, which blends blues, gospel, and traditional Jewish melodies, to tell the story of a country on the brink of change.

Wish I Could See Them All
Syosset
50-64 | Male
671 reviews
Get Alerts Alerts On Alerts Off
90
Thought-provoking, Relevant, Profound, Great writing, Great singing
May 17th, 2019

See it if Perspectives on Jewish and black families who share Caroline as a common member. Deep characters & themes. Complex operatic music.

Don't see it if You would be uncomfortable sitting on a folding chair for 2+ hours, or travelling to Queens. You are uninterested in a serious musical.

Also The story has double meanings. The title refers to choices that have to be made by the Jewish boy, by Caroline's daughter, and by Caroline herself. "Change" as in money, or world progress, or personal character.... Read more Read less

See it if you'd like to see a sharp, spare production of an important, innovative musical of the early 21st century.

Don't see it if for you a musical requires a lush production.

Also “Caroline, or Change,” among the few most innovative musicals of the early 21st century, has impressive parents. Book & lyrics are by 1 of our great playwrights, Tony Kushner, & music is by a composer who has gone on to huge success, Jeanine Tesori. Set in mid-1960s Louisiana, the play deals with material that is both racially charged & domestic: The personal is political with a vengeance. In this fine, lean production the 2 leads, a black maid & the 8-year-old boy from the family she works for, are very strong as singers & actors, & the rest of the large supporting case are almost as fine. Here & there the script can feel a bit dated. But in a song about Louisiana being under water (this was written before Hurricane Katrina) & a bit of plot that involves a protest action against a confederate war memorial the piece feels remarkably prescient. Anyone with an interest in the American musical will want to see this production.... Read more Read less

See it if you enjoy musicals with a message this one powerful when first produced and continues today, with a very talented cast, quite well directed

Don't see it if you find the projection of some young cast members difficult to hear or you find it difficult to sit on a hard folding chair for 2+ hours.

See it if deeply character driven pieces excite you. More opera than play set in the turbulent 1960's but relevant for today. Magnificent job!

Don't see it if you expect a typical Broadway musical. The theater is a half mile from the subway and the show starts at 8 so ends late.

See it if You've never seen a production of it before. The trek to Queens is worth it. Great voices and talent. Great set design

Don't see it if You don't want to go to Queens, you can't sit on a hard folding chair for 2+ hours.

See it if Sung through opera-like plot with tension between social class, race, and religion

Don't see it if Hard metal folding chairs in auditorium with no rise. You won't cross East River.

See it if you want an excellent production of an important play.Performances are sensational,especially LaDonnaBurns as Caroline.She gets every nuance

Don't see it if you want something splashy.This musical is about race,family, & dignity.It's very entertaining, but it's also moving & thought provoking

Martha H 6138
New York City
50-64 | Female
386 reviews
Get Alerts Alerts On Alerts Off
80
Enjoyable, Mostly equity cast, Great staging, My first time at this musical presented far above the expected in a community room
May 14th, 2019

See it if You dont mind an easy 30 min trek on the N train from Mid-Manhattan. You want to see some young stars getting experience.

See it if Moving from beginning to end.

Don't see it if If the topic of racial segregation is difficult to hear.

See it if You like shows that examine race and religion. You want to hear some great belt-it-out solos by some talented singers.

Don't see it if The story is pretty sparse at times. It's more about setting a scene than doing much with it.

See it if I love this show. Saw it 3x at the Public, 3x on Broadway. This production did not disappoint! Well written, multilayered, historical.

Don't see it if This is a serious, weighty, jewel of a play. If you want a happy, mindless, jukebox experience, do not go.

See it if This is such a strange little show. It's part Brecht, part The Help, part proto-Fun Home. But it all adds up to something great. The talent

Don't see it if in this production is stunning. It's definitely worth the trip out to Queens to catch this rarely performed gem of a show.

See it if Kushner and Tesori appeal in a sung through story about complex family and racial relationships, Not your usual musical fare.

See it if You like a good historical lesson, that's not TOO preachy, with great singing, acting, and staging, with adorable kids. I liked that it was

Don't see it if In a "Boys & Girls Club" too, giving Broadway 🎭 caliber performance to a community space. My only critique is some diction issues.

See it if You love a show with a heart and message, you love the music and are OK seeing amateurs (who could put some Broadway folks to shame).

Don't see it if Are adverse to race talk or if you have hearing difficulties — the acoustics in this auditorium could cause problems.

Also What a fantastic production. Continue to be impressed with the caliber of work this group puts on with what must be a small budget and in interesting locations!... Read more Read less

See it if you want to a sing through musical about race and poverty in Louisiana in 1963. Great singing by the performers.

Don't see it if you don’t like community theatre productions or don’t want to sit in an uncomfortable fold up chairs for over 2 hours.

See it if You want to be surprised how good an off-off-broadway production can be; strong cast, esp. the female leads and the boy; impressive 1st show

Don't see it if You dont wanna sit on cold chair for 2.5 hrs; the sound effect is mediocre (long echo); Kushner’s book is a bit outdated..

See it if you're a fan of the show... especially if you've never seen a production of it...you're interested in discovering new NY talent

Don't see it if you're expecting Bway polish... or to be comfortable... the seating is uncomfortable and sightlines nearly impossible if you're not close

See it if A soaring, opera-like epic with more relevant than ever social themes. Beautifully designed with electrifying performances.Unique,thrilling

Don't see it if you're expecting a conventional musical. Demands concentration for the complex words and leisurely unfolding enormous scale of the narative

Don't see it if you want something light, or you have trouble hearing or aren't able to sit on a folding chair for 2.5 hours.

Also The talent in this show is top-notch, with stand out performances from LaDonna Burns as Caroline, Gordon Stanley as Mr. Stopnick, Sabatino Cruz as Noah, and Nattalyee Randall as Dotty and one of the Radio trio.

The trip out to Astoria isn't too bad, though the venue has its challenges. It is difficult to hear in the space and the cast doesn't wear body mics. The house is several rows of metal folding chairs, which did get uncomfortable towards the end of each act. That being said, I was engrossed by the story and able to put those issues aside to enjoy a truly well done show.

Don't see it if you’re expecting a fluffy time.

See it if you want to see an excellent off-off Broadway cast in a good show with social issues that still ring true.

Don't see it if you need a traditional theater setting or have a hard time hearing, you do not like sung through musicals that are not about catchy tunes.

See it if dramatic musicals can move you.

Don't see it if music with mostly voice over underscoring doesn't appeal to you.

Also This was the first time we went to APAC in Queens. It was a wonderful experience because of the level of professionalism. It seriously was the best production by a theater company based not in Manhattan. We will definitely go again for their musicals.... Read more Read less

Don't see it if don't like thought provoking theater.

“APAC's ‘Caroline, or Change’ is a welcome reminder of this unique musical...Directed by Bondarin, APAC’s ‘Caroline, or Change’ doesn’t have to reach far to connect to current events in 2019. The topicality is clear, and may even resonate more with audiences now than it did in 2003...It was ahead...
read more
Get Alerts Alerts On Alerts Off
"Jeanine Tesori's soulful yet playful score, matched to Tony Kushner's perfectly crafted lyrics, bring a deep power and resonance to Caroline's story...Since 'Caroline, or Change' is a musical that deserves more attention, it's heartening to see it performed with such finesse by a regional theatr...
read more
Get Alerts Alerts On Alerts Off
"The plot of this almost entirely sung-through musical is fairly simple, but the themes explored—in typical Kushner fashion—are endlessly grand...Bondarin does a fine job staging this intimate piece...Burns sings the vocally challenging score with great aplomb, boasting both the confidence and th...
read more
Get Alerts Alerts On Alerts Off
"'Caroline' is not an easy show to do. It requires a first-class cast and a director with a sure hand. In the APAC production, it has both, along with a small but excellent band and solid production values...Bondarin goes to the heart of a show, understands it on all levels, and honors the work b...
read more
Get Alerts Alerts On Alerts Off 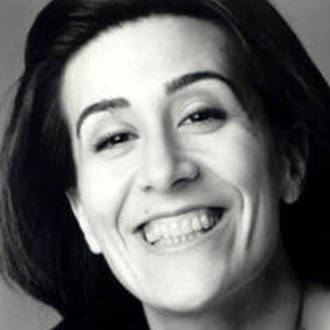 Jeanine Tesori
Composer
Get Alerts Alerts On Alerts Off 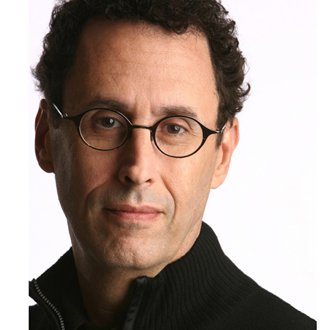 Tony Kushner
Bookwriter / Lyricist
Get Alerts Alerts On Alerts Off 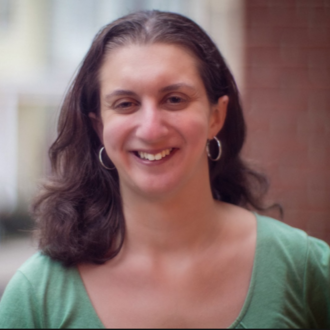 Dev Bondarin
Director
Get Alerts Alerts On Alerts Off