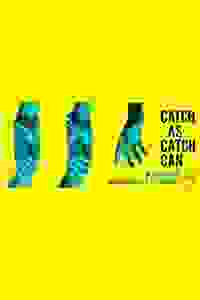 View in admin
Catch As Catch Can
NYC: West Village
78
Score it Scored!

Catch As Catch Can NYC Reviews and Tickets

In Page 73's world premiere, six characters are brought to life by three actors playing across gender and generation, capturing father/daughter and mother/son in a family drama.

The Phelans and the Lavecchias grew up in each other’s homes in a tight-knit working-class community, sharing the good times and the bad. As the younger generation grapples with complicated life choices, a shifting crisis is set in motion that threatens the bonds of this extended family.

Don't see it if The two acts are so different. Maybe the point is that the bonds of family & friendship are fragile? The acting alone is well worth seeing

See it if Stunning tour-de-force for 3 stars of off-Broadway Biehl. Esper & Serralles dazzle in cross gender/generational roles via expert direction

Don't see it if Unfortunately, Chung's drama is not up to actor's caliber. Dysfunctional family saga begins interestingly but dissolves into confusion

See it if Careful what parents teach their children, it might prove detrimental. Three-actor/six-role two-act comedy/drama. So many dichotomies.

Don't see it if Lost in the shuffle. Better actors could've pulled this off, but the gender & tonal switches from first to second acts make this labourious.

See it if you want to see some really virtuosic performances--all three actors are doing astounding work.

Don't see it if you want a show where you can leave thinking "I know what that was about." This one you can't (and I think that may be what they wanted).

See it if You appreciate good performances and interesting story telling.

Don't see it if You want a straight play told simply.

See it if Three actors portray six characters of different ages and genders in a two-generation dysfunctional family with issues still unresolved.

Don't see it if Sometimes hard to distinguish character changes and relationships. Plot is confusing to follow. Read more

See it if You enjoy experiments in theater presentation. A test of director, actors and audience makes everyone work hard, you decide if it's worth it

Don't see it if You want to sit by and enjoy a show. It was disappointing for me to see good actors fail to meet the challenge presented.

"Under Ken Rus Schmoll’s direction, typically cool and precise, they differentiate their roles but also twin them, showing how parents are echoed in their children. Does all that structural sophistication serve the play? The doubling, though often masterly (I’d swear Ms. Serralles’s pants fit her differently as Daniela than as Lon), makes it harder to pin down any one character...It makes some scenes harder to parse, which dulls the play’s horror."
Read more

"So smoothly virtuosic that it takes a while to realize how good it really is...Afterward, reflecting on the play, you may marvel at how finely Chung has woven her thematic threads (about family, heredity, nationality, genetics) into the tapestry that unravels with such violence in the play’s second half. This is challenging material, but the actors come through with stunning work...'Catch as Catch Can' is what Off Broadway theater can be at its best. Don’t miss it."
Read more

"'Catch as Catch Can’ is multiple plays in one. The first act is a play exploring the notions of family, love, and how our responsibility to each shifts from generation to generation. I was interested in this play, but then it was lost to the second act, which seemed an entirely different play about mental illness. I similarly would have watched a piece with this issue as its main focus, however, within the frame of this larger piece, that ‘play’ felt incomplete and underdeveloped.”
Read more