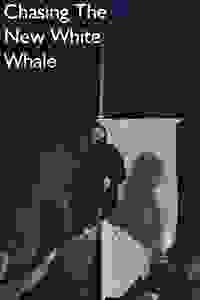 This ambitious new production uses Melville’s 19th-century monster as a metaphor for the modern plague of opioid addiction, exploring the ruinous effects of the epidemic on the commercial fishing industry.

See it if Story between moby dick and addiction was muddled. If you want a new concept play.

Don't see it if Where the music drowns out the actors.you want a show that ties out properly.

See it if you like experimental theater done in a huge space that is well-used by a talented cast with great music.

Don't see it if you want a solid story - it doesn't come together in the end and the hard folding chairs are not kind. Program is digital only.

See it if you want to see a dramatic evocation of the current opioid crisis.

Don't see it if you want to see a play, not a visually inventive pageant of vaguely related abstractions. Read more

See it if You are really interested in Moby Dick. Or opioid addiction. You are better at making sense of confusing shows than I am.

Don't see it if You like shows to be coherent. It was dramatic. There were interesting enough characters. I have no idea what was happening.

See it if .. you're interested in seeing an ambitious attempt to whaling with and opioid crisis... which falls short of coherence.

Don't see it if you don't like experimental theater

See it if you like being preached to; you support indie experiments; "Moby Dick" by Melville is a favorite book; the fishermen's problems interest you

Don't see it if you like linear narratives; you'd like to understand how addicts get addicted; you prefer a cohesive plot with actions & consequences Read more

Don't see it if You like your shows with a clear story and message. This one is sadly quite confusing

See it if You are interested in an analagous play about addiction and Captain Ahab's chase of Moby Dick. You need to make the connection.

Don't see it if You can't think outside the box.

"'Chasing the New White Whale' scores points for sheer gumption...It would be exciting to report that the playwright Gorman found a way to tie all these strands together — if only because modern theater does not write enough about either blue-collar characters or drug addiction — but 'White Whale' is a muddle of ideas in search of coherence and falls short of its ambition...The show is best at its most direct, and a storm heaving Robby’s boat about is haunting in its simplicity."
Read more

“Visually impressive...Gorman’s muddled attempt at an epic drama of drug addiction...Instead of developing and relying on his viable scenario, Gorman utilizes two ineffective devices that distract from the plot...’Chasing the New White Whale’s’ worthy intentions are sidetracked by its clunky premise which has the issue of drugs depicted without much impact.”
Read more

"It takes a lot of courage to take one’s personal agony and transform it into something meaningful, something with the potential to educate and impact the youth. Mr. Gorman gets full points for doing this and taking on a task that is much needed in the current times...While it is clear whose story we are following, we never truly connect and empathize with Robby or anyone else. There are too many jewels and it is hard for any one to shine."
Read more

"Gorman’s text attempts to tackle a myriad of themes, characters and situations...It goes off in too many directions and is difficult to follow...I didn’t feel a connection with any of the characters...There are just too many storylines with loose ends and not enough emotion...Director Adair keeps this water world in constant motion and ensures the pace surges forward. He has created mesmerizing standalone moments and a vital physicality that brings the fisherman’s universe to life."
Read more

“Ambitious and confusing...The actors take on their parts earnestly... A two-piece band plays what sounds like lounge music, but given Gorman’s attention to historical detail, I’m puzzled why whaling ballads weren’t used. ‘Chasing the New White Whale’s’ heart is in the right place, but with so many disjointed pieces, the real drama in Robby's plight is lost at sea.”
Read more

"Both the play and the direction are ambitious and aesthetically complex...While it is a compelling production, it’s not quite successful in what it sets out to do...There is a character who recalls the long sermon in 'Moby Dick,' baldy stating the plays themes in brief sermonettes. These little lectures are well performed and staged, but are simply not dramatically effective – too much telling, not enough showing. The acting company, however, is uniformly strong."
Read more

"The metaphor is muddled, missing more often than it hits. The titular 'white whale' seems to sometimes be fishing itself, sometimes something more amorphous — happiness? Wholeness? It’s difficult to say....In attempting to cover so much ground so quickly, Gorman doesn’t do any of his subjects justice.”
Read more