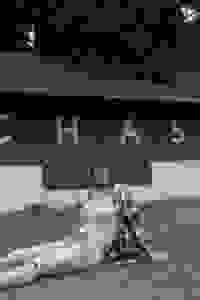 Rebecca Patek returns to the stage in this solo performance that looks at the events of 2014 that led to her leaving the contemporary dance/performance art world.

It has been four years since Patek's piece 'ineter(a)nal f/ear' played as part of the American Realness. At the time, her work was exploring victimization, as a survivor of rape. It was fast eclipsed when a performance was interrupted by performance artist and provocateur Ann Liv Young. The events that followed included uproar in social media and the press, calling Patek's true story into question. In 'Chasm' she finally gets the chance to tell her side of the story, and reflect on why she has chosen instead to pursue a career in medicine. In her satirical style, this piece reflects on a wider problem in the contemporary performance world still yet to face its own #METOO reckoning.

See it if You're interested in seeing a challenging show about power dynamics in performance art, and the positive feedback loops of meta artwork.

Don't see it if You don't want to see a personal show about the inner workings of the downtown art scene, and the emotional toll it takes on a performer.