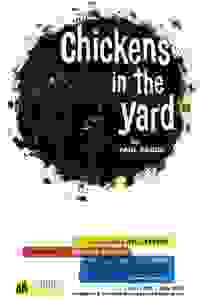 Chickens in the Yard

Adjusted Realists presents a play about a gay couple in a rustic Pittsburgh home being pulled in opposing directions by career prospects and family tensions. More…

'Chickens in the Yard' is no conventional domestic drama. Echoing every emotional beat in this expansive work are the lives of the home's chickens: intense, inscrutable, and surprisingly human. As the spotlight shifts between man and fowl, 'Chickens in the Yard' scratches at the thin skin of contemporary relationships, with parallel creatures yearning for love and normalcy in a deeply abnormal world.

See it if you want an emotional ride through issues humans deal with daily.

Don't see it if you are close-minded about family relationships and the stress they may cause.

See it if you like rule-breaking, inventive comedy with actors playing both humans & chickens, family stories filled with warmth, touching situations

Don't see it if slightly absurd plays turn you off, you can't abide gay characters presented naturally, a lot of cackling, scratching & pecking bothers you

Don't see it if You don't like plays in intimate settings. You are not comfortable seeing scenes with male partners showing affection towards each other.

Don't see it if Actors playing, yes, chickens (as well as humans) turns you off.

See it if you like an unusual approach to family conflicts

Don't see it if you prefer less abstraction

See it if you enjoy a unique play with interesting transitions from the actors from people to chickens.

Don't see it if you are expecting fully developed characters, you want a play that leaves you wanting more - perfect length at 75 minutes.

See it if you don't mind watching two concurrent plays - depicting humor & drama in the lives of a "modern" family and their "chicken" counterparts.

Don't see it if you find it childish for actors to portray chicken on stage -it just sounds like so but it's very serious acting that is both fun & moving.

Also The open staging is very smart use of the space, and kudos for the lighting & sound design. Props were ok but I am not sure about the walls.
I would have scored this higher but got distracted by the tinfoil walls that seem out of place for the supposed rustic/rural setting. (it gave me more a sci-fi ambiance, that I had to block my mind off it to focus on the actors)
Maybe it's used for acoustics? but for me it needed some treatment to enhance the setting and not distract. Other that that it was worth going all the way to Brooklyn to see this play!

See it if you want a truly unique, masterful & seamless study of the emotion underlying humanity in an entertaining, aesthetically beautiful format.

Also I was very skeptical after reading the description but this was an amazing play. FYI - if it allays some fears, the chickens do not speak. Go see this show - you don't find many that can touch you in this way without being in-your-face or sacrificing character/story.... Read more Read less

See it if You want to see a show that's different ,you enjoy seeing actors portray chickens, and you want to laugh

Don't see it if You want to see a serious drama

See it if you'd like to see the most realistic human-chickens ever. You're up for a pleasant but unchallenging relationship story of a gay couple.

Don't see it if you want a challenging or thought-provoking show. If you hate the sound of clucking chickens (it's very realistic!).

Also The chicken noises are impressive, and the interpolation of chickens into & between human-based scenes is quite well-done, but what I especially enjoyed were the moments when humans would instantly become fowl (or vice-versa). It was done so simply & often right there onstage, yet somehow it didn't seem out-of-place or crazy (it seemed like just the logical thing to happen!), which by itself was just awesome.

Aside from that, the story is heartwarming and the acting is (almost all) good, but without the chicken angle would have been much less satisfying. I'm not a huge fan of the few pseudo-magical parts about the deceased father or of the too-tidy ending, but I'm definitely looking forward to what Adjusted Realists do next.

See it if The juxtaposition of the two types of creatures worked really well, and not just for laughs.

Don't see it if You are easily put off by the ridiculous.

See it if a touching and funny play with actors transitioning beautifully from humans to chickens might appeal.

Don't see it if a somewhat absurdist play is not for you.

See it if ..you enjoy domestic drama with surreal elements. Four members of the cast play both humans and chicken, transitioning seamlessly

Don't see it if ..you are in the mood for epic story and sets

See it if You are curious to see an very original take on family drama.

Don't see it if Gay characters or chickens upset you.

Also Here is a chance to see creative, original theater with heart and humor. It's not pretentiously "avant-garde" or all about its process. But you've never seen a story told just this way before.... Read more Read less

See it if you like terrific directing and fine acting. A thoroughly engaging 75 minutes. wonderfully inventive and surprising.

Don't see it if like car crashes, special effects and stupidity.

See it if This unique gem of a show kept me entertained the entire time.

Don't see it if I had to pause for a long time on this section. There is no reason not to see this show.

See it if You want to see new, intelligent theatre that breaks the bounds of realism that is poignant, funny & unexpected; great writing, acting, dir.

Don't see it if You're not a fan of alternative realism (surrealism). However, it's sort of masterful how the two are blended.

See it if You want to see some really interesting physical acting, a strong ensemble, an interesting story, and a whole lotta tinfoil walls.

Don't see it if A minimalist set or the sound of windchimes bothers you.

See it if you like family drama, LGBT romance, people acting like chickens, laughs, tears and tin foil walls.

Don't see it if you can't handle exploring the complexities of familial relationships, or simulated chicken violence.

See it if . . . you like complex, moving, funny stories about family and love. And chickens. It is beautifully acted. And everyone's a chicken.

Don't see it if . . . you don't like shows depicting male–male couples. Or rather, DO see it and see if it helps you see it's all just love in the end.

See it if If you want to watch amazing storytelling, excellent acting, and ready to go on a journey with each character.

Don't see it if That's not an option you should watch the play lol.

See it if you want to see something new and different.

See it if You like outside-the-box theater from new voices.

Don't see it if Oh, just see it with an open mind.

See it if You want to see actors slowly reveal their character.

Don't see it if You just want a light day at the theater, and don't want to work that hard.

"In Kruse’s intriguing one-act play...all four cast members play both species. The very idea may sound like a parody of an acting class exercise, but the transitions from walking and speaking to pecking and clucking are sometimes stunning...There’s plenty of conflict...Maybe 'Chickens in the Yard...
read more
Get Alerts Alerts On Alerts Off
"An emotionally subtle, surreal play...The four actors are excellent as both humans and birds. Their shifts between species happen right in the middle of a scene, allowing for seamless transitions. Although there are certain parallels between the worlds of humans and fowl, Kruse thankfully never ...
read more
Get Alerts Alerts On Alerts Off

JACK
Presenter
Get Alerts Alerts On Alerts Off 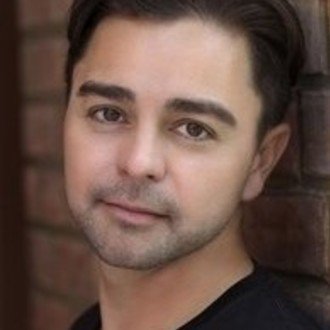 Jeremiah Maestas
John Park
Get Alerts Alerts On Alerts Off 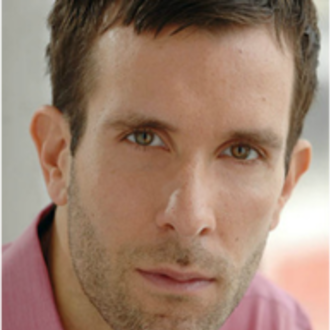 Roger Manix
Tom Greene
Get Alerts Alerts On Alerts Off 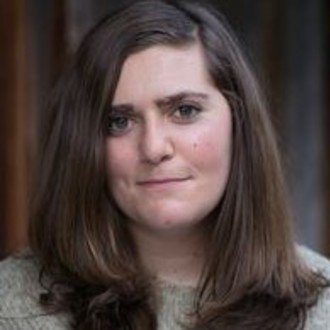 Sangi Varsano
Abby Greene
Get Alerts Alerts On Alerts Off