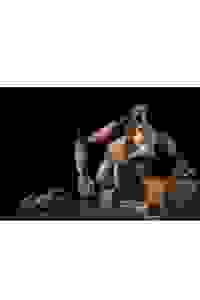 An aging, isolated chimpanzee pieces together the fragments of her childhood in a human family. Bleak reality bleeds to vivid memory in this non-verbal puppet play, based on true events.

See it if you’d like to see a lowkey consideration of the care non-human primates deserve, with a remarkable puppet at its core.

Don't see it if you need a living, breathing human being to be the center of the theater you attend.

Also The solo puppet in “Chimpanzee” is a marvel of construction, feeling more like ancient sculpture than a typical puppet. That it’s at least as big as a real Chimp contributes to its emotional heft. The plot depicts a caged Chimp who alternately experiences scenes in a much wider world. Some feel realistic, though beyond typical animal experience, & some feel wildly fanciful. A few—like a sequence in a bathtub—are magical. During the play the puppet’s 3 human handlers break out a few times to play a human interacting with the Chimp; in their skill & gravity they contribute much to the overall atmosphere. The story changes pace & register easily, taking us to several different levels of the Chimp’s universe. Scenes are often deeply affecting without getting precious. The message, about humane treatment of animals, never gets preachy. That the play successfully avoids all clichés about non-human primate behavior supports its contention that these creatures are worthy of our regard & care.... Read more Read less

See it if Ascribing personification to-scale puppetry creates a world of wonderment in its deep soundscape. Attentive care to cost of a life un-lived.

Don't see it if Dialogue-free as the art itself speaks breathtaking volumes.

Don't see it if you prefer human actors.

"The chimp is a puppet, manipulated by three puppeteers. 'Chimpanzee' shows the power of puppetry to elicit emotion for a story that would surely be less effective told in any other way...Kent’s lighting design and Marvin’s sound design are central elements in the telling of the story, but it is ...
read more
Get Alerts Alerts On Alerts Off
"The titular simian is bursting with animation, charm, and even a bit of cheekiness. Magnificently crafted and expertly manipulated by three puppeteers, this adorable ape will make a believer out of anyone who might have thought puppetry was just kid stuff…The puppet's face doesn't move, so why d...
read more
Get Alerts Alerts On Alerts Off
"For those who are familiar with or new to HERE’s Dream Music Puppetry program, 'Chimpanzee' personifies what they do best: use the inanimate to create reality. 'Chimpanzee'’s story is told in little over an hour with Lehane’s lifelike puppet...The puppeteers curve their hands and body language ...
read more
Get Alerts Alerts On Alerts Off 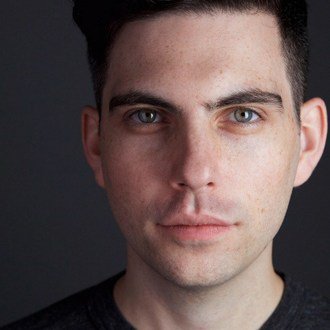 Nick Lehane
Playwright
Get Alerts Alerts On Alerts Off

Nick Lehane
Director
Get Alerts Alerts On Alerts Off 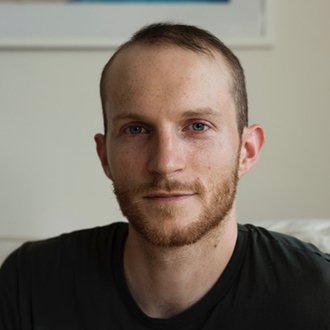 Rowan Magee
Cast
Get Alerts Alerts On Alerts Off 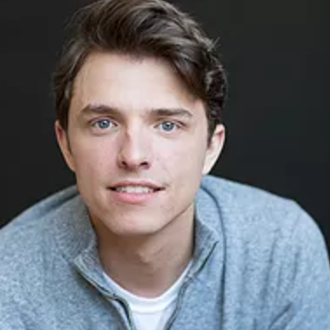 Nick Lehane
Set Designer
Get Alerts Alerts On Alerts Off