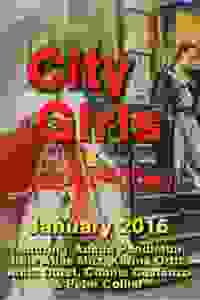 The Secret Theatre presents the story of a rag-tag band of accidental outlaws, all trying to stay afloat while swimming through their own grief.

This new play tells the story of three broken-hearted hipsters in 1977 NYC. They include a fragile reject of the "American Dream," whose flight from suburbia has led her into the arms of a middle-aged Jewish man. A man who is trying to avoid both himself and his culpability in the death of a young woman. Thirdly, his wife who has failed to provide the emotional refuge she'd promised and an oh-so-much younger actor who believes he is their salvation and always just one audition away from Hollywood nights.

See it if I'm at a loss on this one. I guess this was experimental theater with poetic speech but not sure, Couldn't make any sense of it. Acting poor

Don't see it if This had no dramatic structure so I'm not really sure what it was. Def not for me. Why was there background music drowning out the dialogue?

"A colorful and vivacious if intermittently frustrating comedy-drama that recalls a heady, addled, junkie-intellectual subculture of the 1970s...Smoothly paced for most of the way, the production did run into a few potholes...The production’s rewards overcame my frustrations in the end."
Read more