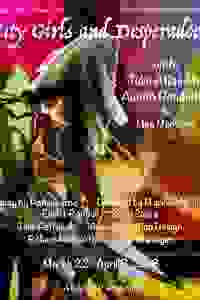 In New York City in the late 70s, a ragtag band of accidental outlaws at war with their pasts explodes with high rolling, high risk relationships and the altered state that love in its most extreme form engenders.

This crew of broken-hearted hipsters includes: Dani, a fragile reject of the American Dream, whose flight from suburbia has led her into the arms of Arthur, a middle-aged Jewish man trying to avoid both himself and his culpability in the death of a young woman; Susan, his wife, who has failed to provide the emotional refuge she'd promised, and Gary an oh-so-much younger actor who believes it is his job to save them all.

See it if you want to observe the story of people on the edge of a drug scene, with coke-fueled rants, anger, betrayal and ultimately stasis.

Don't see it if You're uncomfortable with nudity, simulated sex scenes and drug use.