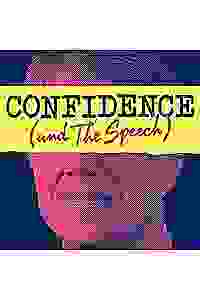 View in admin
Confidence (and The Speech)
NYC: Midtown W
75
Score it Scored!

Confidence (and The Speech) NYC Reviews and Tickets

In this new drama, when a college professor is asked by a male student about her role time in the Carter administration, she retells it dramatically, with her playing Carter, and her student playing her.

On July 4, 1979 President Carter cancelled an important energy policy speech he was scheduled to give the next day and disappeared to Camp David. Ten days later, he emerged from his impromptu domestic summit and gave a new speech, the Crisis of Confidence speech, which many now view as unprecedented, farsighted and insightful. Others think it may have ultimately cost him the White House. Forty years later, college professor Cynthia Cooper is approached by a stranger, a young man, and asked to recall her time with the Carter Administration during the days before the now infamous “malaise” speech. If she is going to tell her story of that time, she is going to play the President. And the young man who wants to know her story? Well, he is going to play her. This unique cross-gender play explores the confidence of a president, a nation in chaos and women in politics.

See it if you remember President Carter's staff. Or if you are curious about presidential speech writing. Clever character reversal held my interest

Don't see it if you have no idea why any particular presidential speech deserves this much attention. The play fails to explain it. Some of it seems forced

See it if ur a politics wonk & want to (re)examine an important speech in the Carter presidency, its legacy & the potential impact it could have had.

Don't see it if you're not interested in historical fiction masked as docu-theater; ur a climate change denier; u seek a plot-heavy, action-filled drama. Read more

See it if you would enjoy watching how politics work behind the scenes in the Carter administration. Some clever gender switching in roles.

Don't see it if you want to know more about this speech. Only a brief excerpt is shown at the end. Read more

See it if If you are interested in politics, are a fan of President Carter or a fan of the politicians and the politics of his time.

Don't see it if If you are not a president Carter’s fan or do not enjoy behind the scene views of politics and politicians.

See it if you’re interested in some behind the scenes of political history concerning Jimmy Carter, his administration, and his malaise speech.

Don't see it if you’re not interested in plays with political themes, Jimmy Carter, or his speech.

See it if You are interested in political history

See it if you want to see a behind-the-scenes story of the creation of Jimmy Carter's Crisis of Confidence (aka Malaise) Speech. Great ending.

Don't see it if you're not interested in how history relates to today.

See it if You want an original creative show. It was confusing, but I really liked it.

Don't see it if You are looking for a traditional play.

"Political plots can be dry as toast. Hatem attempts to spice things up by crossing the genders of the actors playing Carter and young Cynthia; the convention is an interesting choice although it really doesn't add any new light to the characters or story and is sometimes distracting."
Read more

Score: 78% "It was a crossroads that ended up being a road not taken that we are suffering from today."
Read more