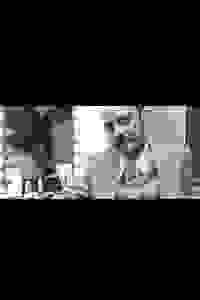 View in admin
Conquest of the Universe or When Queens Collide
NYC: East Village
73
Score it Scored!

On the 50th Anniversary of The Ridiculous Theatrical Company and 30 years since Ludlam's death, La MaMa celebrates the artistry of Charles Ludlam with fully produced revival of Ludlam's early masterwork.

'Conquest of the Universe or When Queens Collide' is an epic collage inspired by Marlowe's 'Tamburlaine the Great' that is as outrageous and timely today as when first performed in 1967. A futuristic tale of war across the universe. Literary, film, and dramatic treasures are ransacked and pillaged for the comic dialogue and multiple plots in this humorous tale of unbridled space queens!

83
Hilarious and gorgeous with over-the-top costumes and sets

See it if you crave a gonzo tale of the ambition of Tamberlaine, President of Earth, to take over the other planets one by one. Quinton is peerless

Don't see it if Ludlum's Theater of the Ridiculous is not for you. Talented cast of downtown performers. Eye-popping costumes. Inter-galactic set

See it if you're a fan of Ludlam/Quinton/the Ridiculous; you want a warts & all glimpse of Ludlam's nascent genius; you can forgive some overlong bits

Don't see it if you're expecting the polish of later Ludlam works; this is celebration of the RTC at its birth--everyone went on to do arguably better work Read more

“Conquest’ has nothing like the formal symmetry or coherence that Ludlam would bring to his later works...But it does reflect, almost blindingly, the central Ludlam tenet of creative line blurring—between classical and pop, beautiful and ugly, sacred and profane, male and female, professional and amateur...An exceptionally lavish production—or trash-lavish anyway...Even if you find your eyes glazing from the too-muchness of it all, the cast seems to be having a high old time.”
Read more

“’Conquest of the Universe’ still packs an exhilaratingly off-the-wall wallop if you're able to get onto its deliriously campy wavelength...With bits of high-art eloquence coexisting with instances of low vulgarity...The show's anarchic spirit — the sense of liberation it exudes in breaking down barriers of style and taste — that makes it as enlivening as ever. There's a beauty to the madness...As this new production proves, such an experience has the power to transcend time and history.”
Read more

"To watch Quinton engaged in his classic brand of silliness is just as fulfilling a cultural experience as watching a great tragedian immersed in a dramatic Shakespearean role...This is fine theatrical art that must be seen to be fully appreciated...Though delightfully silly, the production is not without its problems...But these are minor setbacks compared with the treat of seeing this type of theatre packaged by one of the artists who was so instrumental in developing it."
Read more

“Played to perfection with an infectious joy by one and all, the entire cast also takes a deadly serious attitude towards their lines and their actions. Indeed Ludlam's ‘Conquest’ invokes ‘Hamlet’ in its final scene, when many of the characters die--even following a previous ‘gravedigger’ scene. And as staged by Quinton, the final ‘banquet’ scene also invokes Da Vinci's ‘The Last Supper.’ All I can say is, go and enjoy!”
Read more

“‘Conquest’ does have some tragic moments but all are superseded by the cosmic comedy and the ribald 'ridiculousness' of the play...Ludlum throws in everything but the kitchen sink...Occasionally the humor fell flat but the cast’s manic energy kept the production alive. And the play did end with tragedy and death but not without a cogent, and funny delivery system that unabashedly embraced pan-sexual ferocity and provided pure distraction from the darkness of our times.”
Read more

“If the play is not quite the shocking marvel of audacious camp it was during its own time, it gives audiences a spectacular peek at a genre and a performance style that peaked and eventually paled...Subtlety is not in their melodramatic vocabulary...Some of this is indeed very funny...politicized soft-porn with a wink. I suspect that Ludlam's irrepressibly ridiculous play will likely continue to orbit in the outer limits of dramatic literature long after others in the genre have faded away.”
Read more

"A sci-fi parody of intergalactic conquest...It is comedy as broad as comedy gets, retelling (sort of) the story of 'Tamburlaine' in a wildly over-the-top, nothing-is-sacred style...This slick, strikingly theatrical production is too grand for its own good. The imposing set and the epic musical score are somewhat at odds with the insouciant nature of the script and the willfully amateurish performances of its cast.”
Read more

"At best, it is an historical curiosity, as Ludlam's Ridiculous Theatrical Company is clamoring at the door of a culture whose guardians have already let them in. In 2017, this play commits a sin far worse than muddying the good names of our respected dramatists - it is boring."
Read more

“The beauty of the work is that it takes itself so seriously that you know it’s supposed to be hilarious and ridiculous...While the motifs are constantly shifting, and it is sometimes hard to follow the finer points of 60s pop culture references, the actors are clearly having a blast performing and interacting with the design elements. It’s ridiculous and incredible to watch. Truthfully – it’s not for everyone. I didn’t love it, but I sure can appreciate it.”
Read more

“Director Everett Quinton recreates this Ridiculous Theatrical Company production with bawdy humor and raucous sexual innuendo...Quinton embodies the timing and rhythm that makes Charles Ludlam’s work relevant and alive...Over-the-top performances are delivered by the entire cast...This production celebrates the cutting edge experimental theatre of Charles Ludlam and The Ridiculous. If you have not experienced it before, this is your chance.”
Read more

"While I found myself losing track at times of the plot, I marveled at the command of the performances from both the newbies and veteran RTC actors...Isn’t for everyone, but RTC remains true to their mission and delivers as promised…This campy show packs a satirical hard-on that would please any diehard Ridiculous fan, of which there are plenty. And, while I was honestly not a enamored with this production, it certainly was escapist."
Read more

“Assaults the audience with a massive collage of moods all at once...Ludlam’s core theatrical belief was that every play/production should be an ‘experiment’...’Conquest’ is certainly no exception...It’s difficult to determine what exactly the hypothesis of this experiment was. The play is long, melodramatic, self-referential, gratuitously and violently sexual, and frequently disregards the fourth wall...It came across as little more than a piece of grisly kitsch.”
Read more