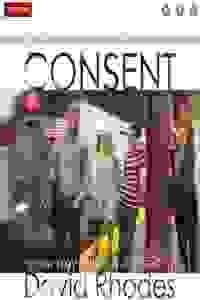 Ron Sullivan is almost divorced from his high school sweetheart, out, and experimenting with his new found sexual freedom in his SoHo loft.

The former pro-NFL player and award-winning architect has a chance encounter with Kurt, a hot Yale law student, that pushes him to the edge of his sexual boundaries...or beyond them. The passion that follows transforms both men, and ripples into the lives of Ron's wife and his sister Emily. Emily questions the ethics and risks of sex games, but it's ultimately up to the audience to determine who is seducing whom in the murky realm of power play and consent.

See it if I forgot about this one. If you like a breakup story and the aftereffects. A lot of nudity, hard driving music.

Don't see it if If you don't like nudity or loud music or a story of a guy breaking up with H.S, girlfriend and then trying to make up for lost time.rauchy.

"The play wears its ideas on its sleeve, yet that sleeve is repeatedly beating you over the head. It’s deeply sincere but also suffocating; moments of humor are few and far between, and it’s only when the script pivots away from its darker subject matter that it truly feels alive... 'Consent' has an interesting set-up, but fumbles in creating believable dynamics between the characters."
Read more

"Rhodes' script sometimes slips into cliché, but he directs the production with a steady hand, building suspense throughout with short, intense scenes separated by garish yet effective lighting pyrotechnics and heart-pounding music. All in all, 'Consent' makes for an entertaining, stimulating 100 minutes of theater. It's unlikely that anyone will walk away feeling they've learned nothing new, if only that the proper way to consent is not 'Yes' but 'Yes, sir!'"
Read more

"An equally steamy and silly drama about one man's midlife sexual awakening. This sort of borderline soft-core material, which entails getting inside the main character's head, is probably best handled in prose. The theatre isn't ideal for treating such private experiences. A glossy, genre-fiction patina suggests that its author is mostly interested in providing a titillating good time for a target audience of gay males...If you need to have your homoerotica dressed up a bit with plot and characters, this is the show for you."
Read more

"An intelligent, well-written, probing script; an excellent cast; and dazzling special effects. This is theater! Theater at its best. The playwright trusts the audience to form their own opinions, a daring act given that the characters who participated in the various events don’t agree about what actually transpired. This might well be the 'Who’s Afraid of Virginia Woolf' for the 21st century."
Read more

"The play's dialogue is brittle, funny, and raw. Under the author's direction, the action moves swiftly for an hour, losing steam in the final 30 minutes. The bursts of violence, are dramatically compelling and convincing. However, 'Consent' won't be for everyone. Two playgoers beat a hasty retreat at the the first sadomasochistic encounter."
Read more