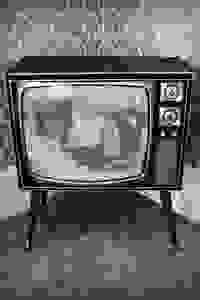 Mason Holdings premieres their new site-specific production at the Beverly Social Club, where five disparate but intertwining couples fly through time, space, and planes of existence to ponder the nature of love.

A mysterious German doctor; a dying woman; stoned teenagers; a showbiz marriage on the rocks; an itinerant fortune teller; a lost episode of TV's Dragnet. "Consumption" is an intimate, experiential, and immersive work that will play for an audience of just thirty people per performance. The cast, which consists of two actors, will be "on stage" for the duration of the performance, moving amongst the audience, guiding them through the story and the venue. The play takes place in a beautifully restored 100-year old Victorian home where the first floor, including two parlor spaces and a ballroom will be utilized.

See it if you like immersive theatre, creative use of space & design elements, 5 different engaging story's that take you from a funeral to ballroom.

Don't see it if you don't like theatre that breaks the 4th wall, no official stage, moving around during the performance or traveling to Brooklyn scares you

See it if you enjoy more immersive theatre. It's set in an old Victorian house and the use of the space is masterful.

Don't see it if you prefer a traditional play. It is more an alternation of delightful vignettes (with recurring characters) rather than a plot based play.

“If you are into macabre romantic tales, atmospheric venues, and immersive theatre with both high production values and affordable prices, you need to book tickets...Both Weller and Burnam perform with incredible zest and have great chemistry, essential for the piece...This almost ironic yet unobtrusive meta-theatricality suits the odd and whimsical tone of Burnam’s writing. The only strange choice is the candy-colored sweaters of the stagehands, unfit for the atmosphere.”
Read more

“The writing in ‘Consumption’ is smart...even if some of the lines can come off as a bit too self-aware...Our role as an audience keeps shifting...The linkages between the five couples are tenuous and narratively, the payoffs are uneven as each of the five stories comes to a conclusion. But the performances more than make up for it, as do the many moments of surprise and delight...Even if the pieces don’t all quite fit together in ‘Consumption,’ it’s still a heck of a ride."
Read more

“On the surface, ‘Consumption’ is a drama about love and loss but it also highlights how the desire to be loved can blind us to the realities of those we love...The complexity of the human condition is explored throughout the night as we shift between rooms...At times, the subtle sound effects mixed with cabaret-circus style music made me feel like I had walked onto the set of ‘The Shining’...The experience isn’t scary but it will envelop you from the moment you walk in the front door.”
Read more