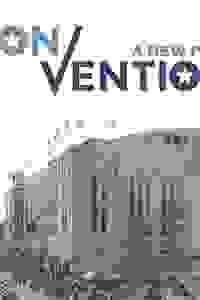 "Convention" is the true-and-overlooked story of what went down at the 1944 Democratic National Convention. Composed like an orchestral piece of music, it features a massive ensemble of 40 actors.

In 1944, the people’s favorite, progressive incumbent Vice President Henry Wallace, was denied nomination as FDR’s running mate, in favor of the moderate Senator Harry Truman. As FDR was on the brink of dying, this choice meant the Presidency, and the future of the Democratic Party.

Convention is the story of the sea of miniature motions, bribes, corruptions, petty grievances and conflicting wants that led the Democratic delegates away from their progressive destiny.

See it if You enjoy plays about politics and innovative storytelling.

Don't see it if You don't like political plays

“This commendable piece’s tone is shaky and is more ‘Hamilton’ than ‘The American Experience’...Much of it plays out like subpar Robert Altman with empty cross talk, heavy-handed overlapping dialogue and strained comedy...The two acts with an intermission...are slack with the momentum drained by shtick such as characters repeating the same statements several times for the only discernable purpose of being funny. It all distracts from the compelling drama.”
Read more

"As written by Danny Rocco that is the fabric of history – more like a Sargasso Sea than an Excel spreadsheet. Stuff happens. It’s a dirty war. Still, watching it is fun!...Clearly, the issues that are being voiced are those of our own time. Here the conflict between the progressives, represented by Wallace, and the more moderate position championed by Truman, has a lot to do with what the party can serve that voters will buy."
Read more

“’Convention’ is more of an experience than a play. Under Fillion's impressive direction and following Rocco's meticulously crafted script, the enormous cast makes great use of Irondale's sprawling space...Rocco's sly script captures...all the shenanigans you might expect to see at a contentious party convention...The entire cast deserves major kudos for pulling off such a carefully timed endeavor...A fascinating and funny history lesson."
Read more

"The convention stage is used for speeches but the guts of this play is the action which occurs everywhere, often simultaneously as written...The energy and general mayhem is fun....Who's who becomes a little hard to follow. The main players in this drama do emerge...The production pivots between semi-serious reenactment and slyly subversive farce...'Convention' can be recommended for its immersive experience and Shannon Fillion's you-are-there direction."
Read more

"It is an ambitious undertaking with a massive cast that performs throughout the cavernous room in a kind of surround sound experience...How a handful of bigwigs were able to engineer the ouster of a popular vice-president, and why they did so, promised to be a riveting drama. But it didn’t turn out that way for me – not riveting drama, and not engaging theater. 'Convention' didn’t work for me. It was simply too hard for me to follow what was going on."
Read more