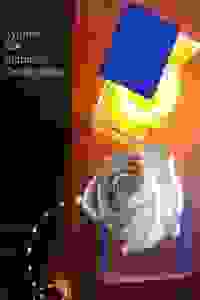 Planet Connections Theatre Festivity presents a new sci-fi fantasy about the adventures of a spaceship pilot tasked to return home and the characters he meets along the way.

Teich Lumen, spaceship pilot, is called upon to return a “back-up copy” of Earth to the Cygnus Star System. En route he encounters a telepathic prodigy, the darkly shrouded Inner System Authority, a band of Cygnian artists covertly shooting an art film on Earth, two college students, and his muse.