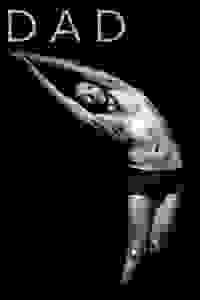 Part of FringeNYC: DAD is a rare physical and emotional performance that investigates how music, videos, lyrics and interactive yoga poses can function as a therapeutic process - for YOU. DAD is a brutally honest self portray of a Danish actor and his dad who has cancer.

FROM THE ARTIST:
1. DAD was awarded best, innovative performance by The Danish Art Council in 2014. "In a multimedia universe this young talent invites us into an even closer embrace with life, death and yoga!"

2. About DAD:
"DAD" is a personal monologue about cancer and the love between a dying dad and his son (Christian). About Christian's process, emotions and attempts to save his dad with yoga, therapy, organic food and unconditional love. DAD is performed in English. On stage is Christian and 16 year old Malika Sia Graff, who's playing self-composed music.

On stage is also the audience (YOU) - the intention is to give YOU an experience that awakes YOU both physically and emotionally. To give YOU an actual feeling of how challenging it is to deal with cancer related issues - and yoga postures at the same time.
The story behind: Christian's dad was diagnosed with cancer in 2012 and has since then survived two colon cancer surgeries and 38 prostate cancer radiation therapy treatments. He is 65 years old and still going strong. Based on their 4 year process Christian shares a very private, honest, generous and funny story from his life.

"DAD" was performed for the first time at the world famous Odin Theater, in Christian's hometown, Holstebro, in Denmark i 2013. FringeNYC is DAD*s international debut.

WELCOME TO DAD!
WE LOOK FORWARD TO SEE YOU!

Don't see it if Shy Don't enjoy taking their shoes off.

Don't see it if dont feel like participating, just want to sit still and watch / you are conservative

See it if you are willing to be vulnerable; you like unflinching honesty and theater that pushes the boundaries of what it means to "go see a show."

Don't see it if you are not comfortable being very close to very raw emotion, or if you hate the idea of being "part of the show" (because you will be).

See it if You like to have an intense emotional experience through music.

Don't see it if You want to see more about dialogue kinda of play.

See it if you are related to someone who has cancer. You want to be touched and challenged. You want a stronger connection to your mom or Dad!

Don't see it if you just want the regular kind of theater where you just sit and watch and leave without really getting something out of it.

Don't see it if You should just see it...It is for everyone

See it if An original and brilliantly written paradigm on the human condition. Great acting, thought provoking and humorous… A must see!

Don't see it if It may be hard to relate for the younger crowd; this show hits home for anyone over the age of 18!

See it if you want to be included in an experience, and if you have the patience to watch someone paint a masterful portrait.

Don't see it if you want straight narrative, or if you hate standing, or have a deep aversion to beautiful singing.

"From the moment this charismatic and wacky bohemian steps on to the stage, he has everyone's full attention...He's that kind of performer you can't take your eyes off, one who makes you eager to join in. Yet while most of Bjerrum’s multi-art styles work well, there are some moments when his attempts come off as superfluous. A performer like Bjerrum needs no experimental gimmicks...A perfect example of fringe theater: quirky, experimental, and wholly unique."
Read more

"Bjerrum rapidly changes in and out of story-specific clothes while building suspense up to the relief revelation that his father is alive and well, his prickly personality unchanged...Whatever sympathy Bjerrum builds up over the course of his animated monologue is squandered in a lengthy rant about upcoming US elections. He'd be better off railing against Denmark's very own warmonger Anders Fogh Rasmussen."
Read more

"Bjerrum is a highly skilled theatre practitioner that performs with his inner light switched on to incandescent. His infectious enthusiasm for life is inspiring, and he has a brilliant ability to create harmony in a room in mere minutes...Throughout the piece, Malika Sia Graff provided a stunning live score to the unfolding exploration of self. She has a voice that melts your hard edges...It’s immersive, contemporary, and honest."
Read more