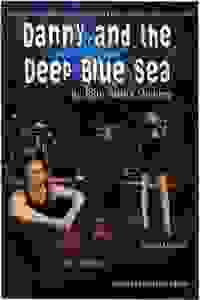 Danny and the Deep Blue Sea NYC Reviews and Tickets

Theater for the New City presents John Patrick Shanley's classic play about an angry man and a shame-filled woman whose emotions clash to reveal the core of what makes us all human.

Two damaged people, so beaten up by life they are unable to express their own desperation, meet in a desolate bar. He is so filled with anger that his only respite from a rage he cannot understand is to lash out wildly with his fists. She is so eaten up inside by a secret shame she fears to share with anyone that she can find no rest and no escape from herself. These two incendiary, self-destructive natures meet and collide, banging up against one another. Will it be fusion or fission? Will the night end in love or death? Both characters probe within themselves to find an exorcism and forgiveness that, while painfully achieved, offers the hope of a future touched with more than the bitterness and loneliness that had been their lot before their fateful meeting.

See it if The acting saves this show. The plot was fair at best. Nice small theater to see the show. If your an aspiring actor, see it. 2 good actors.

Don't see it if If you want a real good plot or a story that is believable. Fast past action throughout.

68
Lack of nuance made it impossible for me to care when most needed, Brutal, Unrelenting, Improbable

See it if You want to see an assaulting two-hander of damaged people seeking redemption love from another rather than inside. Improbable "sins".

Don't see it if The premise of a child sexually molesting her parent seems incredulous. Read more

See it if You want an emotionally charged, character driven drama with appropriate comedic moments. A heartbreaking play of extreme personalities.

Don't see it if You don't like darkness and visceral emotion. If you want more plot than character building. You don't want something bare bones.

See it if You want to see a great known play.

Don't see it if You're more into new works.

See it if You love intense, original theater with actors capable of pulling it off.

See it if you enjoy great writing and great acting!

Don't see it if you are only interested in light entertainment.

See it if If you want love story with a twist

"This taut, riveting, and well-acted drama brings two psychologically fragile people together for a night of romance and danger...This character-driven drama underscores the power of humans to comfort one another, however clumsily. And while there’s plenty of grit in this compelling drama, there’s also tenderness and beauty. All told, 'Danny and the Deep Blue Sea' is a well-performed look at lust, love, and human possibility. It’s a top-notch revival."
Read more

"Together these outstanding actors, working with Moira’s deeply understanding direction, create a world. I didn’t want to leave that world when it was over, and I’ll never forget it. 'Danny and the Deep Blue Sea' plays in a little theater as off- off- Broadway as you can get and you can’t find better theater anywhere."
Read more