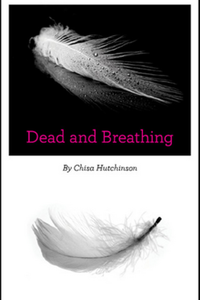 National Black Theatre presents the New York premiere of Chisa Hutchinson's play about an old broad who wants to die and the nurse who refuses to help.

Cranky old broad, Carolyn Whitlock, has been in hospice for far too long and just wants to die already. When she tries to convince a loud, oversharing, and very Christian nurse to assist her suicide, she has to work harder than she ever has in her privileged life to end it. Through surprising humor and persistent questioning,'Dead & Breathing' investigates morality, mortality and the intense tug-of-war between the right to die with dignity and the idea of life as a gift.

See it if you're a realist who enjoys real life portrayals over fairy tales.

Don't see it if You're more entertained by popular culture and the youth. Read more

"This two-hander is a series of ethical skirmishes, but not only about the right to die. Privilege faces off against want, Christianity against nonbelief, and it all feels very engineered. By the time Ms. Hutchinson introduces a debate over transgender issues, she has long since passed the point of piling on."
Read more

"As long as Carolyn and Veronika are tussling about assisted suicide, 'Dead and Breathing' retains a crackle all its own, but the talented playwright, Chisa Hutchinson, throws a curveball at the halfway point... It's at this point that 'Dead and Breathing' loses much of its snap and goes into full-time speechmaking mode. This is also the point when one begins to notice how contrived it is."
Read more

"Although the moment of revelation is powerful and although it raises the dramatic tension even more between the two characters, it seems out of tone within the context of the play. The humor, and here is the only moment where I questioned the taste, is the way used to bring us back into the tug-of-war between both women. Nonetheless, this piece presents victories worthy of applause. "
Read more

"'Dead and Breathing' might have been bearable with even tolerable acting and direction. But these actors keep up such a steady flow of one is totally exhausted just watching them. There’s very little believable in this play, so when the ending comes as another unlikely twist, it should not be very surprising. But it certainly is welcome. 'Dead and Breathing' has been on life support for far too long."
Read more

"The engaging 90 minute two character tale by the talented playwright is a provocative and witty look at a controversial issue, the right to die, as well as a frank take on sexual identity and religion. Two women, who have little in common except race, clash head to head over the gift of life in an escalating power struggle that takes several surprising turns before Hutchinson's explosively nuanced play makes a final fade out."
Read more

"A forward-thinking play that challenges us to look at our own lives in order to understand the societal restrictions that exist in our community...'Dead and Breathing' proves that discussing very serious issues doesn’t have to be done with a serious face. With characters we rarely see on stage, this play gives a breath of fresh air on issues that need to be addressed within a comedy that allows us to humanize and connect with the characters."
Read more

"This production of 'Dead and Breathing' is a must see! Be prepared for a few unexpected twists and an ending that will leave you on the edge of your seats. There are a few brief moments of tasteful nudity. Due to the nature of some of the topics and scenes and excessive language at times, this production is not recommended for smaller children."
Read more