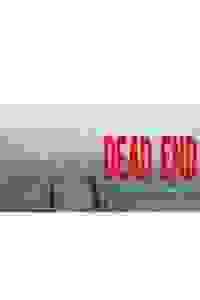 Axis Theatre Company revives this 1935 drama set in a NYC where tenement houses and luxury apartments stand side by side, and extreme wealth and abject poverty intersect every day.

Gangsters and bankers, prostitutes and lost children, failure and dreams of the future all live on this street. Axis illuminates these stark contrasts with an understanding of their mythology as well as their contemporary mirror in the city of today. In its original Broadway run, Sidney Kingsley's show played for almost two years, and was turned into the 1937 film of the same name starring Humphrey Bogart.

See it if you want to see a shortened version of a classic play that will never be revived on Broadway in a slimmed down production with ok acting.

Don't see it if you don't like classic plays shortened to the point of losing it's dramatic effect about life during the depression.

See it if A well know play rarely performed with a large cast. Done right it is still a classic. Large cast brings it to life.

Don't see it if Having talented young girls play the parts of the Dead End Kids don't do it for you. Loud voices in a small theatre bother you at times.

See it if You enjoy vivid, original takes on older plays, you want to see amazing performances from a transformative group of actors

See it if you appreciate theatricality at it's finest, and can handle 90 mins of non-stop, fast paced storytelling

Don't see it if you prefer traditional, linear, modern plays.

See it if you like the shows produced by Axis...

Don't see it if you didn't like talent night at camp...

See it if You want to see something a little different tonight.

Don't see it if You like lavish sets and want to see a “feel good” show. This isn’t it. Read more

"It's a dramatic world Sharp has built for what is already a dark story, and it's an engaging one in which to exist for an hour and a half. There are times, however, when style gets in the way of emotional substance...The gang of boys do the best job of striking a balance between affectation and empathy—particularly Kratter and McCormick, who develop a truly touching companionship as Milty and Tommy."
Read more

“A staging that I'm guessing would have left Kingsley aghast…Its attempt at boiling down the play's conflicts to a concentrated form is a strategy that backfires, leaving us with wall-to-wall confrontations, each one played at a more feverish pitch than its predecessor…Instead of turbocharging Kingsley's script, the effect is to sabotage it, making it seem ripe for parody…This production aims for drama and bold theatricality, but what it delivers is hysteria.”
Read more

“Axis has taken on the bleak story of the Great Depression and has jolted it into sentience...Both Kingsley's original play and Axis's presentation of it paint a vivid portrait…The depictions of the characters' lives may seem melodramatic and clichéd, but their experiences are rooted in reality...Sharp, who directs the production, and the committed cast and crew, do an excellent job in bringing this stark play from the Depression era to a contemporary audience."
Read more

"Director Randy Sharp has turned Sidney Kingsley’s Depression-era relic into something still relevant, while keeping the aesthetic of an old black-and-white movie...There is some exaggerated acting, especially by a few of the adult actors portraying children...What hits the hardest is not the slice of life from almost a century ago that the play offers, but rather the eerily familiar sight that all but says it's today. 'Dead End' shows us the quintessential American life we know."
Read more

"These actors are all exaggerations of the model, playing with the stereotype and pulling it wide open as far as they can. It’s a fascinating concept that Sharp expands through the whole piece, taking this old-time play and expanding it in all different directions...In general, the ploy works well, keeping us entertained and engaged. It’s a bit abstract at times, but in a manner that one can get behind."
Read more

“Deconstruction in theater can be a con...Destruction is the result of the Axis Company’s revival...Director Randy Sharp must accept full blame...All cast members, have pink circles on their cheeks, giving the impression Sharp wants all 'Dead End' denizens to be viewed as clowns. Why? Beats me...Katie Rose Summerfield gives the production’s only honest performance...Surely, the playwright didn’t want to present what Sharp has presented: a theatrical dead end.”
Read more

"A dark and intimate revival...Sharp gives the production an expressionistic feel with elements of black humor while making it clear that not much has changed in the eighty-two years since the play debuted. The male and female actors playing the male gang members have developed an infectious kinship, and Sharp effectively averts turning them into sympathetic victims or mere criminals."
Read more

“A random fricassee of scenes and situations...An unfocused study of rich and poor coexisting…It’s all terribly arbitrary and, as rendered here, it doesn’t hang together. Kingsley had a good ear for small talk, and director Randy Sharp nicely paces the dialogue…But there’s a feeling we’re just milling about, no dramatic momentum, no suggestion that we’re seriously examining any social problems or proffering any solutions…What’s lacking is focus, and urgency.”
Read more