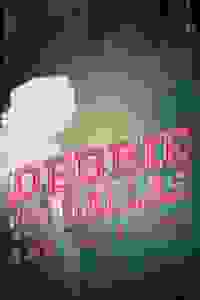 Based on the film of the same name (but without any actual sex or nudity), 'Debbie Does Dallas' is a modern morality tale told as a comic musical of tragic proportions in the language of the rodeo-porno-football circus. The show is the coming-of-age story of an all-American small-town sweetheart named Debbie Benton, the captain of her high-school cheerleading team, who dreams of making it to the big time by becoming a Texas Cowgirl Cheerleader.

Don't see it if You expect Broadway-caliber singing - a lot of the actors give it the college try, but only about half of them have a voice.

See it if Well, you like the sort of adult entertainment it is parodying.

Don't see it if You like a musical with plot, ambition and decent acting

See it if you enjoy humorous, simulated pornographic sex acts.

Don't see it if you don't like dumb humor.

Don't see it if You're not interested in a lot of overt sexual innuendos and possibly sitting in a crowd of questionable men.

See it if good

Don't see it if ok

See it if You love a great show

Don't see it if If you hate plays or musicals

Don't see it if Sexusl situations make you uncomfortable.