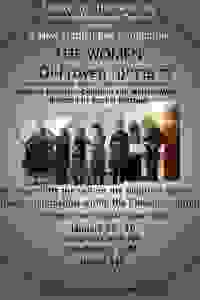 A play about identity, schizophrenia and self-empowerment in the Orthodox Jewish communities of NY.

Di Froyen is the second in a two-part series of plays presented by Theater for the New City and is based on the Hebrew play Women’s Minyan by Naomi Ragen. It tells the story of a woman from the Hasidic community of Brooklyn who has fled an abusive marriage and after being excommunicated and slandered, is being kept from her children. The Yiddish of the play reflects the evolving vernacular, sometimes characterized as “Yinglish,” that is spoken on the streets of Hasidic Brooklyn. Projected supertitles will enable non-Yiddish speakers to keep up.

See it if you like rooting for the underdog-here a Hasidic woman who is wrongly treated but has the courage to fight and thereby bring others along.

Don't see it if minimal staging & lighting prevent you from enjoying an off-off Broadway play, or you don't understand Yiddish and don't like superscript.

The New Yiddish Rep’s (David Mandelbaum, artistic director) production of the Yiddish language Di Froyen (The Women) is a bittersweet, anger inducing portrait of modern day Chasid women caught between orthodox Jewish ideology and the rush of modern society’s laws and attitudes into their lives. Adapted by Malky Goldman and Melissa Weisz from Naomi Regan’s Women’s Minyan, Di Froyen, in one compact, tense hour, opens up a previously secret world to the public. Here are six women, all wearing sheitels (wigs that orthodox Jewish women must wear because showing their own hair is proscribed by religious law) and all under immense pressure from within and without their enclave.
Read more