Next door at NYTW presents this new work that begins as a farce, and evolves into a fantasia, on the subject of the closet. More…

Balti and Jaker begin the play as two gay 20-year-olds enjoying the romantic and sexual possibilities on their contemporary college campus. But when Jaker asks Balti to pretend to be straight for the duration of Jaker's Grandmother's visit to the campus, a chasm opens in the friends' consciousness, and Balti finds himself traveling back in time, with the help of a Cherub from the wrong side of the tracks.

See it if You like quirky, out of the box style shows. Lots of dream like sequences (too many for my taste) and metaphorical bits.

Don't see it if You want to see an easily understandable show or one that ends up making sense at all.

See it if had very good acting and excellent staging. They used the stage well. If they rework the last 20 minutes, this could be a good one.

Don't see it if The last 20 minutes hurt this show, it became not so much confusing as it got away from the main plot.

See it if you want to support some talented young actors who commit wholeheartedly, earnestly and boldly to some agonizing theatre (& deserve better).

Don't see it if you bristle at the idea of an "arty" playwright trying to be "edgy" & "experimental", producing unintelligible nonsense masked as "high art"

Also It takes more than reading passages on stage from Michel Foucault & Walt Whitman and making references to Baroque art, Georgia O'Keefe, queer theory, the McCarthy hearings, and pastoral poetry to elevate this dim-witted, misguided, pretentious, confusing mess of a show to what I imagine it aspires to be, a Kushner-esque "gay fantasia" for the 21st Century.... Read more Read less

Don't see it if Dense, philosophical, post-ironic dialogue often confusing & rigorously demanding but worth it Last 1/2 hr of script spins out of control

See it if experimental theater is your idea of an interesting evening. Starting from a gay college romance, it evolves to something utterly unexpected

Don't see it if you like conventional plot and predictable characters.

See it if Ditzy gay relationship complicated.by arrival of uptight grandma. Lesbian friends try to help. All four actors play the old lady for a while

Don't see it if you can't follow a non-linear narrative with quite a bit of fantasy. Confusing but hypnotic. Chubby chasers will also find a lot to like.

See it if you like being confused by who people are, where they are, and what they are saying.

Don't see it if small, black box spaces aren't for you. Or if you have a choice.

See it if You'll see anything with a queer spin to it no matter how derivative it is of other gay works.

Don't see it if You want to see a play with good writing and acting.

See it if You can send experimental mishmash theater

See it if you want to suffer through a play that has too many confusing twists and turns, even if the gay elements in the first half are interesting.

Don't see it if you prefer a linear play with characters that speak with more than lyrical gibberish and a plot that makes more sense than this one does.Ugh

See it if you're looking for some out-there, queer theater.

Don't see it if you're looking for something conventional or are uncomfortable with queerness.

Also I liked a lot of the first half of the play, but it felt like the magical realism took over the plot and the narrative tried to cover too many things by the end to really have a cogent conclusion.

There's definitely potential in the piece, but it needs to figure out it's scope a little more before it can shine.

See it if You either know someone in the show or want to waste 1 hour and 40 minutes of your life.

Don't see it if You expect to see something with a clear story, interesting characters, and having a point.

Also Extreme overacting, poor direction, characters talking to themselves in multiple parts, and a very unclear story made for a miserable experience. Spoiler alert: you don't really meet Georgette till the last 10 minutes. The voices used by the characters as Georgette sounded eerily similar to Norma Bates in the Hitchcock movie of the 60's, Psycho. Lol. Honestly, had I paid more than $5 for this, I'd have asked for a refund. Simply awful!!... Read more Read less

See it if you like sweet gay comedies and are willing to leave after the first 20 minutes before it all changes and gets weird.

Don't see it if you can't follow numerous time and reality jumps with a multitude of characters, only some of whom even remotely make sense.

Also I really wanted to like this confusing mess of a show. I give the cast credit for trying super hard. Even the best actors, though, cannot overcome a train wreck of a script.... Read more Read less

See it if like complex, layered, queer narratives. Inventive staging and challenging ensemble work. Great use of music and physical acting.

Don't see it if you need linear stories with easily consumable takeaways. The play definitely veers into fantasia halfway through act I.

Also Despite the copious references to Michel Foucault as a sort of intellectual forebear, the play is more of a love child between Tony Kushner and Judith Butler. Jaker, Balti, & company wrestle with an intense relationship with political narratives and how those narratives confine and mutate their personal ones. The similarities between the Cherub and Kushner's Angel are hard to miss as both beings pass on their divine knowledge and mandate through sacred sexual congress. The writing style, in perfect Butlerian style resists easy interpretations, which might put off some audiences, but I found that if you try and soak in the play rather than to sieve through it, you get a much more full and impressionistic understanding of the work. Great use of complex chorus work, both in having the role of the eponymous Georgette be played by four different actors for the majority of the show, but also making use of the Chorus voice to inflect a third person omniscient narrator.... Read more Read less

See it if You like anything with a gay theme regardless of plot and dialogue. Love shows with sex crazed cherubs- you think smoke machines are cool

Don't see it if Overly written confusing plot with no pay off . Actors who play multiple roles of characters that no one cares about.

See it if you’re up for experimental theater.

Don't see it if you are sleepy. It’s a fast-paced show with a lot of text.

Also This play is metatheatrical, often commenting on its own form in tongue-in-cheek ways. It is definitely out of the box, inviting the audience on a wild and dream-like journey into the past. It starts out as a seemingly normal play about a gay couple, but about a third of the way through the actors play more roles than the characters we’ve been introduced to, specifically taking turns playing Georgette, the grandmother. Once we go on a journey into the 1950s with the other leading male, we somehow end up journeying into Georgette’s past as well. That’s when the play becomes hard to follow. The dialogue is so fast-paced and there is so much information to absorb, I felt that I missed some important plot points. But the actors are phenomenal and throw themselves into every odd character they portray. Also, kudos to the director for figuring out how to work the bodies in space, especially since they’re all flipping back and forth between characters.... Read more Read less

Don't see it if You are not open to weird, complex new works

See it if you love fantastical strange and beautiful queer stories that break genres, forms, and conventions

Don't see it if you don't like anything non-traditional, non-linear, and somewhat intentionally confusing

See it if you have an interest in gay themes, fantasy & non-linear productions.

Don't see it if you value your time. The show changes focus & direction for no apparent reason which makes you wonder what the playwright had in mind.

See it if you like to see new works that are being developed and won't mind time jump, set jump, etc.

See it if you enjoy a quirky gay comedy that is non-linear and explores intolerance, Foucauldian discourse, queerness, and family secrets

Don't see it if you are impatient with a modern play that abandons its main plot to detour into a side character's back story, narrated from 1920-on. Yawn!

Also Campus lovers Balti & Jaker agree to "play straight" not to rile Grandma Georgette, who's coming to the college for dinner (because she pays Jaker's tuition), pairing with 2 gay coeds who will pose as the men's mates. Up to this point, it's hilarious, riveting, well-lubricated with believable conflict + sassy dialogue. Alas, the 2nd half is a clunker. The plot we were enjoying runs out of gas. Now we're thrust into the long exposition of Georgette's life -- from the 1920s to the present. Why have we been hijacked? The play becomes a windy narration of her life on a Southwest Army base, her affair with "Cactus Eyes" (a young Korean man). When the affair is discovered, he's run off the base. Before "Cactus Eyes" is found, you'll hear all about Arizona and Nevada's development, Joe McCarthy, and the first casino. That's if the exposition + blah-blah back-story does not put you to sleep first. Beth Griffith plays Georgette in the last 5 mins. Earlier, the cast took turns playing her. Huh?... Read more Read less

See it if you like shows that experiment with form or that have LGBT themes.

Don't see it if you are looking for a tight, clear narrative.

See it if lighting, live music and singing are good. Actors are trying to elevate above material

Don't see it if you dislike nonlinear story

See it if you want to see some fine young actors tackle very dense and confusing material with great skill and determination.

Don't see it if you don't like experimental theater even if it's a valiant but failed experiment.

Also Starts out with a promising premise then takes so many left turns with the words, characters and unconventional theatrical conventions that by the end whatever ideas the playwright meant to convey are lost in the confusion.... Read more Read less

"Burkhardt piles on academic inanities for one hour and 40 minutes in this leaden saga. The abrasive dialogue has the characters refer to themselves in the third person and comment on the actions...The play's LGBTQ sensibility is more of a concern than coherence. It all plays out as a self-consci...
read more
Get Alerts Alerts On Alerts Off
"One of the most exciting directors working today, Heyman creates theatre magic out of nothing...A difficult play to stage and enact...I felt myself playing catch up to the story that kept introducing more characters, variables, time periods and historical facts...But you'll remain entertained by...
read more
Get Alerts Alerts On Alerts Off 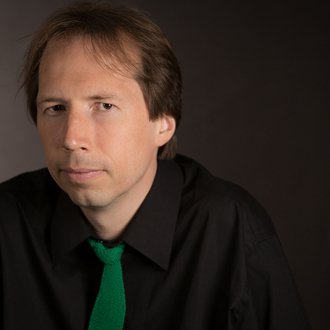 Rick Burkhardt
Playwright
Get Alerts Alerts On Alerts Off 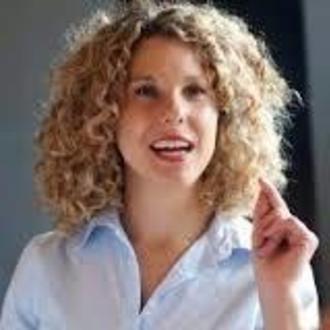 Ellie Heyman
Director
Get Alerts Alerts On Alerts Off 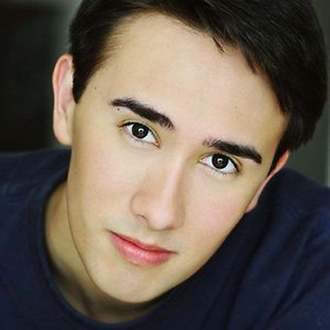 Kennedy Kanagawa
Cast
Get Alerts Alerts On Alerts Off 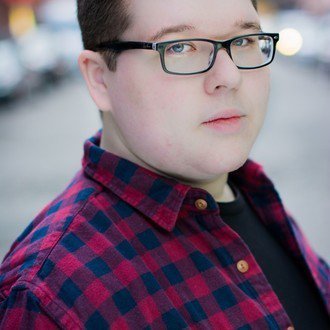 Ben Langhorst
Cast
Get Alerts Alerts On Alerts Off 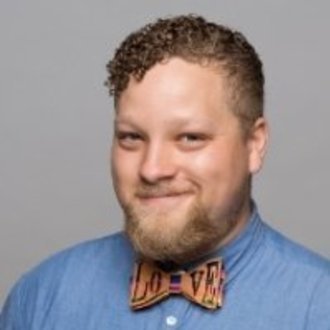 Jermaine Golden
Cast
Get Alerts Alerts On Alerts Off 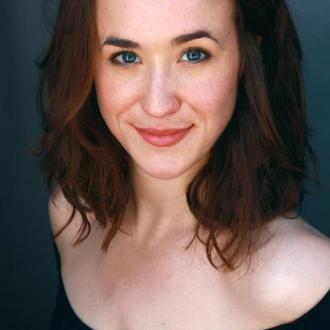 Jessie Shelton
Cast
Get Alerts Alerts On Alerts Off