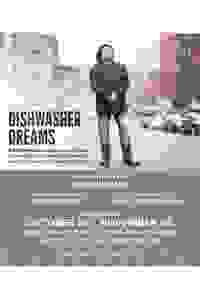 In his solo show, Aladdin Ullah reflects on the struggles of his immigrant parents, their determination to raise him Muslim in the poor housing projects of Spanish Harlem, and his determination to follow his own path.

At the top of "Dishwasher Dreams," Aladdin Ullah is on the verge of his big break. He is auditioning for a role in a major Hollywood movie. The rub: the producer wants him to play a terrorist. While waiting for his audition, Aladdin reflects on the path that brought him here, his path through Hip hop and graffiti art to the comedy circuit he became famous on—with Reggie Jackson and the Yankees providing inspiration along the way. Aladdin Ullah takes us on a journey, at once comic and serious, that explores the nature of the American dream in our multi-cultural America of 2018.