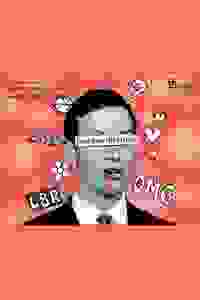 View in admin
Don't Do This To Us
NYC: Midtown W
Buy tickets from $25 from the Box Office
Score it Scored!

Don't Do This To Us NYC Reviews and Tickets

A woman goes back in time to stop Jared Kushner from achieving political power.

In 2022, Rachel is concerned by the growing anti-Semitism throughout the US and around the world. She blames Jared Kushner for creating a world that's more dangerous for Jews since his public image embodies the worst of Jewish stereotypes: he's wealthy, avaricious, and wields world power behind the scenes.

She comes up with a risque plan to go back in time to 1999, hook up with teenager-Jared, and prevent him from marrying Ivanka – saving the lives and reputation of Jews around the world.