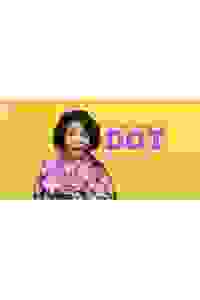 "Dot" takes a lighthearted look at an illness facing all communities. Widowed matriarch Dotty struggles to hold onto her memory - a result of her Alzheimer's disease - and her children must fight to balance care for their mother with care for themselves.

See it if you'd like to see a well played comic drama that deals with dementia, a more & more common problem that hits whole families.

Don't see it if you are looking for innovative theater, or are unwilling to forgive a script for a few plot holes.

Also This is one of those times I’m surprised at how much I liked a play. I prize innovation in theater. Nothing about "Dot" is innovative & I loved it all the same. A look at how the title character, a black woman of retirement age, is descending into dementia, & how that devastating condition ripples out to affect her children & others in the family's orbit, touched me deeply. (I have been a familial caregiver myself.) That the playwright manages to find so many laughs in a dark situation is the leavening that allows him to dissect Dot's behavior unflinchingly. All the cast is fine. And I grew to have deep affection for all the very flawed characters they play.... Read more Read less

Don't see it if you want something light - there is humor here, but the problems will make you think and expose you to the difficulties dealing with them.

See it if Adult children try to step up and find solution for cognitively impaired mother who can no longer live alone.

Don't see it if You’re not ready for a play about dementia. A train ride to Brooklyn is too far. Play runs a little long.

See it if you like plays about realistic families dealing with alzheimers, characters one can identify with, wonderful acting and superber direction.

Don't see it if you dislike shows that deal with sadness (disease) rather than focusing on pure entertainment.

See it if Good acting, great timing engaging study of matriarch's Alzheimer's effect on her family appeal to you.

Don't see it if Shallow characters and low broad humor are not your thing.

Also You may wonder why I gave a low score. The overwhelmingly African-American female audience was deplorable. I shushed the women on my right who constantly talked to each other to no avail. The women to my left constantly checked their phones every 10 minutes. Others in the audience felt the need to not only talk to each other but also exclaim loudly. The more than capable cast adjusted their timing to accommodate the constant interruptions, but some dialogue was lost as others assented their approval to their neighbors.

As to the crux of the play, families dealing with Alzheimer's often rely on one primary family member with resultant detriment of their own health. By belittling caretakers this play does them a grave disservice.

A finale pointing out their errors is admittedly on point, but the play then continues and again continues.

This play has found its' audience.

See it if Terrific show in a great theatre - well worth the long subway ride. Burse was spot-on. Heart-rending and powerful script.

Don't see it if You aren't interested in a family drama focused on dementia & including gay issues & single motherhood, or aren't willing to travel to Bklyn

See it if you want to see a wonderful play about a family dealing with alzheimers disease.

Don't see it if you'd rather not see a play about a mother with dementia and her children realizing that they have to deal with the problem.

See it if You’d like to see a family drama revolves around an aging mother wt Alzheimers and dementia. Amazing cast Brillant acting, great writing.

Don't see it if You do not want to travel to Brooklyn for a show, not interested in family drama dealing with ilness, bothered with gay couple.

Also This theater always bring their ace game on stage and they did not dissapoint again. I would like to give 100 as they deserved it but the audience who would not stop talking during the performance, repeating loudly the lines of the actor or calling the actors names. I am not sure how the theater would like address this problem as it ruins the performance, definitely kept me distracted cause I could not help listening the ppl around me. But as a constant theater goer, this is the only theater that my feet always going backwards as I know this non stop loud talking, agreeing the every words etc would or could not stop. It is such a pity for this wonderful theater to deal wt this rather than artistic endeavours.... Read more Read less

See it if If you really want to know how dementia affects a family.You experience the mood swings as well as the "normal"periods.The actors had a lot

Don't see it if If you don't want to know about the realities of dementia and mental illness.

Also on their plates as well as they all had their own situations as most families due.However,the cast of characters were quite believable even with their flaws Enjoyed this play immensely and will tell others to see a wonderful play about an American family.... Read more Read less

See it if You are interested in a realistic dramedy dealing with the subject of Alzheimer's.

Don't see it if You are offended by profanity, or are not interested or unable to deal with the topic of Alzheimer's.

See it if you are fine with a lot of issues crammed into one show, staged and performed very well; you are intrigued by a family in crisis.

Don't see it if you find it slow when too many side stories detract from an otherwise strong work and take away from the impact of the title character.

See it if you'd appreciate an approach to dementia that has humor.

Don't see it if you've overdosed on plays, movies, & TV shows about dementia.

Also The characters are well-drawn, & the playwright does a notable job of presenting several of them on-stage at the same time. Since dementia inevitably goes only one way, I looked for other dramatic situations in the play. In that respect, the play is routine, as, e.g., the outcomes of Donny's & Adam's marital problems & of Jackie's pregnancy have no real bearing on Dot's fate or Shelley's need. Nonetheless, the situations are presented authentically & have an emotional if not dramatic payoff. This isn't an overpowering play where one or more characters needs to be destroyed in order to rebuild or arrive at a truth about him- or herself. It's a play that presents an all-too-familiar family problem with an ending perhaps a little too happy.
Dot's financial situation is not entirely clear (or I missed mention of it). She lives in a well-appointed house & may have the money to pay for care for a few years. Also Dot goes downhill extremely fast in two days. I guess that's dramatic license.
... Read more Read less

See it if you relate to a complicated family, how they respond to or vanish in crises, push each other's buttons, but eventually come through.

Don't see it if you are too fresh to experiencing your parent's dementia.

Also I very much enjoyed this story. It was full of humor but still tugged at your heart strings. Denise Burse was spectacular as Dotty. I was attached to Dotty from her fist scene. She stole my heart, then tore it up in act two.

The writing provided comic relief just when you needed it, and I thought it captured the family dynamics and personalities quite well.

I found the first act to drag a little but it was well worth sticking with it to the end.

See it if you enjoy a touching show that's funny. The lead actress was enjoyable - and worked the material well.

Don't see it if the topic of Alzheimer's is upsetting to you.

See it if You’d like to see a well-acted play about a relevant topic (elderly care), with occasional comic relief

Don't see it if You’re expecting nuanced treatment of an old topic or novel insights on the subject-matter; story telling is straightforward & linear

See it if you don't mind listening to repeated profanity-laced language and usage of the offensive N-Word, which dehumanizes individuals

Don't see it if you have a high tolerance for politically incorrect language which dehumanizes individuals.

Don't see it if Quirky humor and specific ailments trouble you. Otherwise a must see.

See it if You have low self esteem

Don't see it if you refuse to accept racial discrimination and epithets.

See it if you like sparkling, LOL real dialog, great award-winning performances, and believable characters. I absolutely loved the first act

Don't see it if It you don't like plays that don't get completely resolved in the second act, which also needs to be cut and condensed.

See it if you enjoy when humor is used to provoke thoughts about a serious matter such as Alzheimer.

Don't see it if you don't like when humor is intertwined into real life situations: such as dealing with someone with Alzheimer or seeing what it feels to

See it if You enjoy watching a serious subject presented with compassion and humor.

Don't see it if You are looking for lite entertainment.

See it if you really want to see a funny, bittersweet and beautiful story about a family dealing with dementia, love, family and the holidays.

Don't see it if you don't like curse words and superb storytelling.

See it if They hit on two sensitive subjects dementia and gay men. They did an excellent job in handling it. Even with a little humor.

Don't see it if If you cant handle th two topics then dont see ut unless you can go in with an open mind.

See it if I truly enjoy this show. Dealing with aging is not easy & adding the input from other family members on everyone's opinions can start a war

Don't see it if you do not have a sense of humor.

for a previous production “Domingo has crafted a touching and hilarious script, bringing a light and airy sense of humor to a tragic disease...A strong ensemble and one of Leon’s most even productions to date...Burse delivers a beautifully complex performance...Domingo manages to unmask the way Alzheimer’s patients relive...
read more
Get Alerts Alerts On Alerts Off
AJC
for a previous production “Theater may be a collaborative process, but...’Dot’ is singularly elevated by the magnificent performance of Burse as the title character...Burse runs the gamut with fierce conviction and sublime nuance...from capturing the comedic highs to conveying the dramatic lows...She transitions from shar...
read more
Get Alerts Alerts On Alerts Off 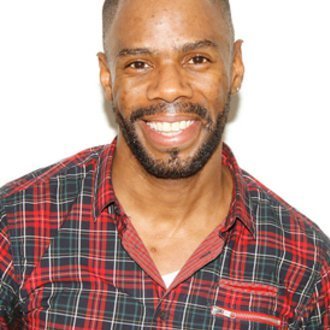 Colman Domingo
Playwright
Get Alerts Alerts On Alerts Off 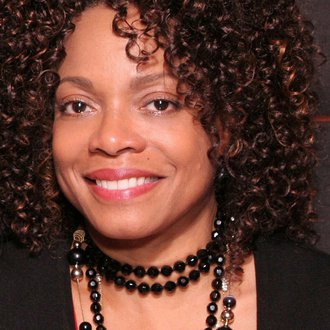 Denise Burse
Dotty
Get Alerts Alerts On Alerts Off 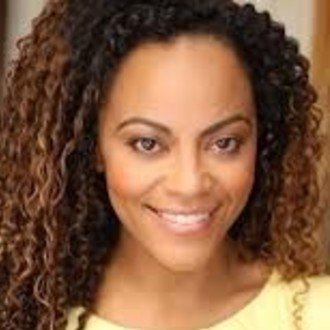 Tinashe Kajese-Bolden
Shelly
Get Alerts Alerts On Alerts Off 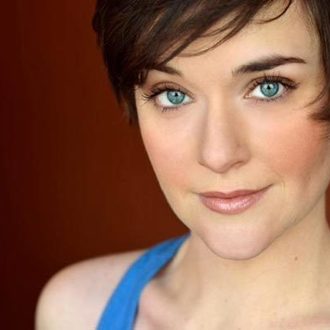 Rhyn McLemore Saver
Jackie
Get Alerts Alerts On Alerts Off 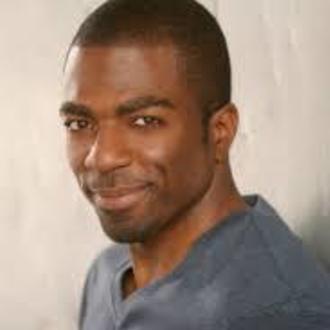 Gilbert Glenn Brown
Donnie
Get Alerts Alerts On Alerts Off 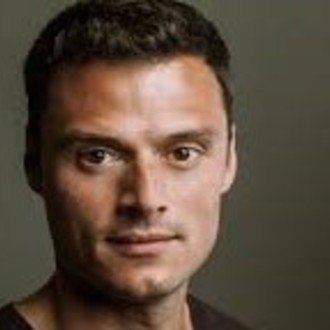 Lee Osorio
Adam
Get Alerts Alerts On Alerts Off