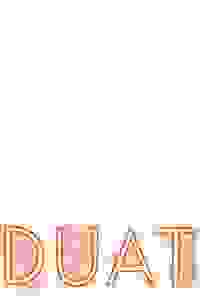 Comprised of three parts and developed in collaboration with director Will Davis, 'Duat' marries Jones’ long-form solo autobiographical improvisations with his musical work as Jomama Jones. Both an alter ego and an archetype, Jomama is a musical sensation that Jones channels and fully embodies. In this triptych, two halves of a soul hunt through a hall of records; a librarian breaks the seal of a mysterious archive; and a teacher and her class prepare the pageant to end all pageants. 'Duat' conjures a spell of disintegration, transformation, and regeneration through a performance that's a little bit vaudeville, a little bit rock and soul.

See it if you like original productions with a cast that works hard to deliver entertainment with meaning.

Don't see it if you purely want to be entertained as this material is well thought out.

See it if you are open to theatrical surprises. The first act is completely unlike the second. Both acts have beautiful singing and poetic writing.

Don't see it if continuity is important to your theatrical experience. There are three deeply varied and only normally connected sections.

See it if The first section is thought-provoking if long with some great talent, the second difficult to understand the vocals, and the final piece...

Don't see it if ...is not nearly as good. Becomes campy and predictable and possibly decent songs are lost in the less successful and tiresome acting.

See it if you enjoy autobiographical shows, want to see some talented young performers singing.

Don't see it if you want to see a coherent show, lived through the 60s, 70s and 80s yourself, dislike navel grazing. Read more

See it if You have a thing for sentimental growing up homosexual (rather than queer or gay) stories and some fine young performers.

Don't see it if You are not a fan of honeyed music, mannered presentation, a sincere and earnest aesthetic.

See it if You are interested in a highly original and moving presentation of a mixed-race and homosexual childhood.

Don't see it if You are looking for a linear plot or are uncomfortable with depictions of homosexuality or racial tensions. Read more

See it if you are a fan of Daniel "Jomama" Jones and are interested in a bit of his back story.

Don't see it if you are looking for a traditional play with a through plot.

"Jones’s hearts-and-flowers-themed exploration of life and what lies beyond. This buoyantly didactic show takes gentle pains to remind us that our next breath could well be our last...This sui generis performance piece has been given a sumptuously homemade production under the direction of Will Davis...The sequence is defiantly unlike either of the other two parts in 'Duat,' yet it is also thoroughly of a piece with them...For Mr. Jones, there’s comfort in eclecticism."
Read more

"A luxury of theatrical overabundance. Writer-performer Daniel Alexander Jones and his ’80s soul superstar alter ego Jomama Jones are serving up a kind of gourmet tasting menu—a flight of Joneses, or Jones three ways. Each section in the evening's triptych is in a genre by itself...After many pleasures, we finally move into the piece's most musical sequence and we are stunned by the talents before us...Jones is fully capable of measuring our hearts, but he doesn't. He lightens them instead."
Read more

"'Duat' is a complicated piece whose ideas are too big to work onstage. One gets the sense that Jones and his director didn’t want to leave anything out of this overstuffed production...Jones has a scholar’s love of black art, but everything gets further confused in the second part of the show...In 'Duat,' Jones is dramaturgically at war with his most inspired creation, one that benefits from the freedom of his imagination, not from the limitations of his 'truth.'"
Read more

"'Duat' is a show unlike any other playing in New York...'Duat' brims with ideas, not all of them fully developed. Under the laissez-faire direction of Davis, the piece jumps between Jones' personal narrative to sections about Egyptology and pop divas...A lack of narrative clarity regularly leaves us feeling lost in Jones' expansive spiritual and intellectual kingdom...Still, the enchantment of discovering a world so big and unexplained is a feeling one rarely encounters outside of childhood."
Read more

"Having worked hard, and effectively, to establish a certain mood in Act I, Jones executes a sharp left turn, dragging the show into someplace altogether different...Where did the poetry go? If the director, Will Davis, can't reconcile the show's opposing halves, he has cast the production well and maintains a warm, affable feeling throughout...There are many, many fine things in 'Duat' but, as it stands, they are in need of sorting out."
Read more

"Directed by Will Davis, 'Duat' is a powerful example of the dynamism of collaboration and personal inspiration. Distinctly unique and featuring a young and effervescent ensemble of actors, in 'Duat' Daniel Alexander Jones has created a wonderful homage to his alter-ego and life in the form of a memorable and rousing piece of theater."
Read more

"'Duat' is a most sincere and ardent confession, delivered with a kaleidoscope of a theatrical magnum opus. Daniel/Jomama Jones does not spend a single moment on stage without being thoroughly captivating. The writing is simply breathtaking...'Duat' certainly promises an experience to be remembered, and moreover, to be pondered upon, as the audience exits with seeds of hope planted in their hearts."
Read more

"Its high concept is American avant-garde art...The goal of these themes to connect, however, was a fail, resulting in the opposite: a play that couldn’t make up its mind about what it wanted to be, with no apparent arc, no journey, and nothing new to say...To his credit, the cast of talented performers gave Jones and director Will Davis, who helped develop the piece, 100 percent...'Duat' ends up feeling like a self-indulgent piece that needs to go back to the drawing board."
Read more