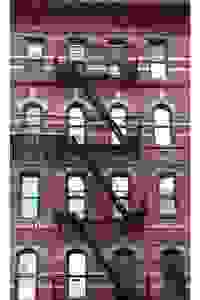 East Side Stories, Back Again NYC Reviews and Tickets

"East Side Stories, Back Again" is the 14th collection of new, short works based on the rich history and eclectic character of New York’s East Village and Lower East Side.

This year's featured plays are:

A community college student, focused on survival after a bid in prison, finds an unlikely bond with his mathematics professor.

An eco-tour guide faces off against an arrogant resort developer determined to turn the natural paradise of Iriomote Island into a capitalist utopia not unlike the East Village.

"The Poor Door" by Leonard Goodisman

Two women meet in an entrance hall, each insulted that the other is there, and find they have more in common than they expected.

An aspiring actress, finding life in the city more difficult than she expected, meets a bona fide New Yorker: owner of the (truly) famous Ray's Candy Store who offers her a new perspective, and an egg cream.

See it if Gentrification & sacrificing flora & fauna for progress.Second half, a math prof sacrifices for parolee student.Then egg creams & suicide.

See it if Four Shorts, all different types that had something about New York.

Don't see it if If you want more of a story. Dislike small theater. Read more

See it if you appreciate four different, short, one-act plays that are well-acted and creatively staged.

Don't see it if you only enjoy a big production rather than a small, intimate theater experience.