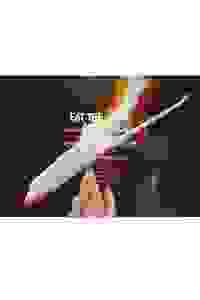 The Tank, in association with One Year Lease Theater Company, presents this world premiere set in a dystopian, media-crazed near-future, where a mysterious virus is infecting the nation.  More…

As viciously competitive media pundits battle to control the narrative, an artificially intelligent sex doll named Mia has a breakthrough…but will she be our savior, or is she the Angel of Death?

See it if You like quirky, outside the box shows that make you think. U might not get it all or they might not tie up every loose thread but good try.

Don't see it if You’re not willing to take a chance and have some wacky fun. Goofy story actually has smart premise. Good job with set and costumes.

See it if You want a sci fi type of play. If you are able to follow all the different things...stories going on inside the play.

Don't see it if At about 110 minutes, to long, too confusing. Writer should have stuck with one plot, not several.

See it if A Strangelovian sent-up of near (too near!) future overwhelmed by the digital & Amazon Prime Well acted with a sensational production design

See it if you are a fan of beautifully designed, expertly played, dystopian near futures.

Don't see it if you are in hibernation from the excesses of today’s (almost) all-permeating cyber-media-entertainment culture.

Also “Eat The Devil” braids 3 distinct strands of narrative into a gleaming multi-media presentation of a not-so-desirable near future in which a non-human personification of today’s personal entertainment culture threatens to take over from us all. All 3 braids of narrative are beautifully designed, staged & played. I found the narrative strand that look place on an out-of-control plane flight too overwritten to be consistently on-target, & the strand that gave voice to a series of today’s right-wing media figures to be so broadly satiric that it’s only intermittently funny. Yet I loved the eerie whole. The central strand, depicting the creation & maturation of a life-like personal entertainment product that grows way out of control to be so intriguing, strongly written, expertly played & beautifully designed that it more than compensated for weaknesses elsewhere & delivered in the end a very pretty & pretty chilling picture of our collective soon-to-be fates.... Read more Read less

See it if you appreciate non-stop, well blended video and on stage plot, acted well in a tripartite story, some excellent, some over-the-top.

Don't see it if jumping among the three stories would confuse you, or you do not like loud screaming. It was entertaining but a bit long for the subjects.

Also I was very excited to see this based on the description. But I just didn’t get it. I thought all the jokes were way over the top. I think the idea of bringing a sex doll to life is an interesting one but all the scenes that didn’t involve the sex doll were over acted and just too much for me. I didn’t really like any of the humor I thought most of the actors were good and the set was nice but I didn’t like any of the writing and I could not get past that... Read more Read less

See it if You enjoy some truly great acting in a fast paced bold story.

Don't see it if You want a story that makes sense, mediocre acting mixed with good, you want a real plot or to understand everything.

Also There were technical difficulties the night I went which might have colored my view. The actress who plays the sex doll and her programmer are stand outs.... Read more Read less

See it if u like profoundly childish sch-fi. Several scenes of vomiting which could be inspirational to members of the audience.

See it if you like a fast paced, ever-changing show and you're up on current cultural references

See it if You’re into experimental theatre; the “robot” is great, others are above average;

Don't see it if You’re into conventional themes; you prefer linear storytelling

See it if you enjoy dishy dystopian commentary served up with wit and energy by a talented young ensemble.

Don't see it if you want characters and a plot to invest in or a script that’s been cut down incisively to the bone.

See it if you enjoy innovation staging, and bold performances

See it if You don't mind sloppy shows grounded by a fantastic lead performance. Much of it was good, but a lot of it was superfluous or distracting.

Don't see it if I would've liked this show a lot more if there'd been less of it. It did a lot of things around the edges of the story that lessened it.

Don't see it if you want to see something understandable, don't like vomiting.

Also Everyone in the cast screams all the dialogue and sometimes it isn't understandable. Not that the whole thing is understandable. A real mishmash to me.... Read more Read less

See it if Edgy experimental theater with lots of screaming, vomiting, futuristic subplots with political undertones are your thing.

Don't see it if You want to understand the point of a play. I couldn't. Actors did their best, however some were too loud and annoying!

Also I was one of the few in the audience who didn't find this funny at all. I would say if you're over 40, you should skip this one. Target audience is 20's. I just didn't "get it."... Read more Read less

See it if you like experimental theater with non conventional theme/s.

Don't see it if you prefer easy to follow story telling, musicals and conventional themes.

Don't see it if you find it confusing

See it if you enjoy new, experimental work that utilized technology in an interesting way.

See it if Plays with futuristic story lines combined with comedy.

Don't see it if If you don't like futuristic themes.

See it if you appreciated low budget productions that, w/intelligent creativity, produce an amazing production. Better than a LOT of Broadway shows!

Don't see it if You yearn for a high budget production w/fancy sets, etc.

Don't see it if You are easily offended

See it if You like thought provoking visions of the future. Like well-acted experimental and slightly quirky productions.

Don't see it if You don't appreciate people throwing up on screen, don't like small productions, and dont like bleak visions of the future.

See it if you enjoy camp, cultural critique, comedy, queerness, or John Waters.

Don't see it if you need naturalism or realism.

See it if You like unusual presentations, some loud dialog, profanity and some suggestive innuendos. Main actress portraying the robot was excellent.

Don't see it if you want a suspenseful plot as the synopsis suggests. It was clever but not as engaging as I expected. Most of the acting was above average.

See it if You keep up and cringe at current generation tech trends. Also if you like shows like South Park

Don't see it if If you want to see a thought provoking drama. This is a rip at the current generation 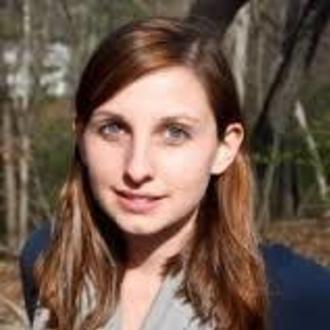 Nadja Leonhard Hooper
Playwright
Get Alerts Alerts On Alerts Off 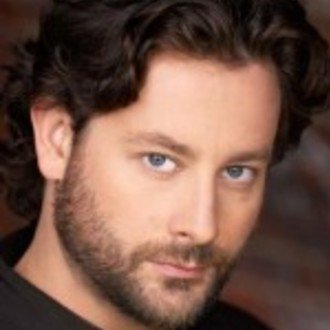 Nick Flint
Director
Get Alerts Alerts On Alerts Off 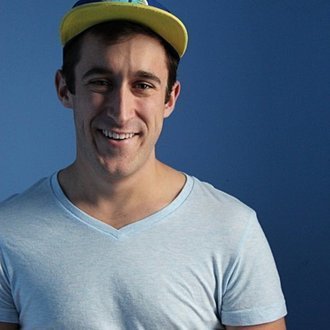 Kev Berry (Artist)
Cast
Get Alerts Alerts On Alerts Off 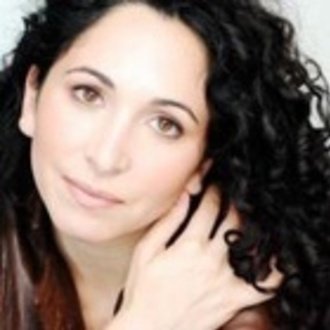 Lexie Braverman
Cast
Get Alerts Alerts On Alerts Off 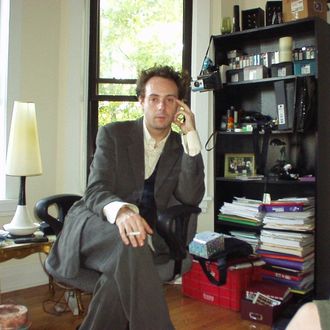 Ben Fine
Cast
Get Alerts Alerts On Alerts Off