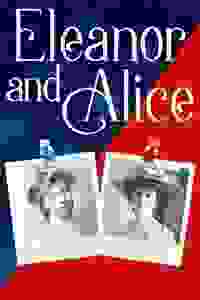 The true story of Eleanor and Alice Roosevelt, both often diametrically opposed but still family.

Eleanor and Alice Roosevelt were friends, cousins, and rivals, and they met at eight consequential moments throughout the course of their lives. They bickered, laughed, commiserated, and argued over their husbands, children, ideas of politics and the state of the world. One a Democrat and one a Republican, over 60 years of meetings they witnessed a shifting world from their own unique points of view as two of the most influential women of the 20th century. Through their accomplishments, Eleanor and Alice ultimately help build a foundation that benefits women in politics today.

See it if you like off off Broadway that explores interesting relationships from real life-this one scratches the surface of numerous meetings.

Don't see it if you want big staging and a lot of action-this is a two hander on a small set that could offer a lot more.

See it if An important period documenting two powerful women.

See it if into a lovely 2-hander, a walk through history and personal relations between 2 influential women from an ambitious family.

Don't see it if well... it comes off as simple at times; I enjoyed it more as a docudrama than "a play" but was nevertheless captivated.

Don't see it if I could not get past the casting of Eleanor as an older woman giggling to depict a 20 year old and not knowing her lines.

See it if You enjoy insight into two great historical personalities and their relationship. Very well acted and staged with an after play talk.

Don't see it if You have no interest in history