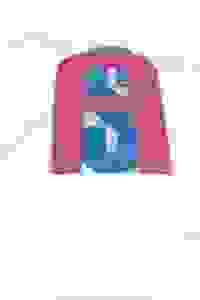 Part of Theater for the New City's 2017 Dream Up Festival: This dark comedy is inspired by the life of Italian actress Eleanor Duse.

In 1858, Eleonora was born into a family of strolling players descended from Luigi Duse, the first actor to remove the commedia dell‘arte mask and use his natural face to portray a character named Giacometto. Although Eleonora began touring at age four, she discovered her love for acting at 14 when she played Juliet in Verona, the town where her parents met. In this play, she confronts her triumphs, regrets, and mortality as she's pestered by the famous artists she's known.

See it if you want an introduction to the title character, enjoy experiencing historical characters in her near-death dreams and want a few laughs.

Don't see it if you want a polished production. Staging is simple and does not hold the play together tightly with a recent cast addition using a script.

Don't see it if You want a fully, ready for prime-time script: it feels like an early draft. It's flawed, though there's a lot of good stuff throughout.

Don't see it if You need something easy to digest

See it if you find this funny: "Pennsylvania: Who wants to be in a state named for pencils?"

Don't see it if you want to see a finished product. This just does not hold together.

See it if Imagined interactions between historic figures could Interest you.

Don't see it if You want to see a highly polished Broadway musical.

See it if If you like plays based on true events

Don't see it if The acting was terrible, very amateurish

70
Ambitious, Quirky, Confusing, Flawed but worth it

Don't see it if You like straightforward story telling, detailed sets and consistent dialogue Read more

See it if You enjoy offbeat ideas and authentic acting

Don't see it if You are seeking a typical Broadway experience