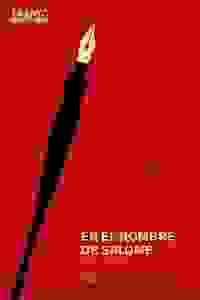 Born in 1850 during a time of intense political and emotional repression and turmoil in the Dominican Republic, Salomé wrote fervent patriotic poems that turned her into a national icon. 'In the Name of Salomé' is also the story of her daughter, Camila, who grew up in exile in the shadow of her mother’s legend. Performed in Spanish with English subtitles via Simultext® In-Seat Captioning System.

See it if you have an interest in Dominican history and enjoy well performed non-linear work - beautifully costumed and directed.

See it if Excellent actors, well played goes back and forward thru time to tell story.

Don't see it if It's all it's all in Spanish and you may not like reading and watching. Read more

“Explores the Dominican Republic’s sometimes overlooked, yet most influential founding mothers...It’s the women who really make their mark in this play...Alvarez is a true literary historian through her writing, tying the Dominican Republic’s past to the present...Plenty of humor, sassiness, and tender moments for you to enjoy...If there’s anything that we can learn from Alvarez and the women in this play, it’s that the past, and not just the future, is female.”
Read more