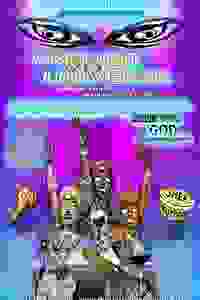 Enough Vo5 for the Universe NYC Reviews and Tickets

Theater for the New City presents this new dark comedy sci-fi where three African-American female survivors of an unnamed worldwide cataclysm strive to exercise control in a dystopia where there is no control.

Mona Machine, Dr. Dorinda, and Ann Tenna McCloud engage in a death-dealing battle amongst each other over love, fried chicken, and the mysterious whereabouts of the last black man left in the world. The drama ensues with the derailing of Mona Machine’s 130th birthday party, genocide, and the digital manipulations of an unseen force.