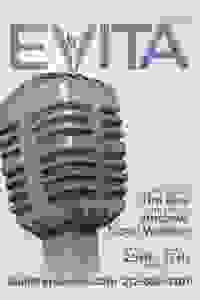 Presented by The Gallery Players in Park Slope, Brooklyn, Evita charts the rags-to-riches rise of the First Lady of Argentina, who won the love of her countrymen after marrying military leader-turned-president Juan Perón. Set in Buenos Aires, the musical follows Eva Duarte Perón on her journey from fatherless child to ambitious actress to the most powerful woman in Latin America—and, eventually, to a saint-like figure after her death from cancer at age 33.

See it if Evita is a very hard character to cast - I've yet to see one I like. The show is dated. The music is so-so. The dancing/costumes are great!

Don't see it if You don't like romance, ballads, cheese and death.

See it if Worst show ever

"This 'Evita' is too conceptual and trying too many different things, making it come across as more of a light-hearted comedy where the heroine you didn't really connect with dies in the end."
Read more

"I strongly recommend you catch this outstanding production of 'Evita' at The Gallery Players. You will get the full experience of this inspirational, thought-provoking musical about power, social injustice, personal ambition, corruption, ego and 'the art of the possible.' The large company of actors are all superbly talented...Eva Peron is certainly a competent actress and singer who tried the best she could, but I wasn't captivated or emotionally moved by her performance."
Read more