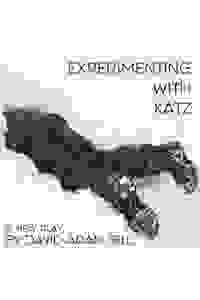 Set in Chicago in the midst of an unseasonable blizzard, this new comedy deals with issues of coming out, and its repercussions from family and friends.

Michael Katz has a problem: he’s just come out of the closet (again), and it’s not going particularly well. First, his mother shows up unexpectedly in the midst of a snowstorm to ambush him with (among other things) the daughter-in-law of her dreams. Then his best friend selfishly decides to start putting her own life above his (and it’s still snowing)! On top of everything, the one person who’s willing to put up with him is the only person he doesn’t want anything to do with (at least that’s what he keeps telling himself), leaving Michael to wonder, is this really the course of true love, or is it some social experiment gone horribly wrong? And why won’t it stop snowing?!!

See it if You like really smart , insightful comedy about family and coming out. Brilliant characters and actors

Don't see it if If you’re just soooo anti gay that you can’t deal with the subject and if that be the case perhaps you should see this play.

See it if you like a strong ensemble, excellently directed, that spews spot-on acting w/near-perfect comedic timing (plus a giant drag-queen to boot).

Don't see it if you can't deal w/anything GLBTQ; moms who can't deal w/the gayness of their offspring; the makings of a gay love-story; giant drag-queens. Read more

See it if you want to see a funny play about a 35 year old man with plenty of neuroses and issues.

Don't see it if you don't want to see another "coming out" play. Read more

See it if you want to see what Neil Simon would have written if he had been gay. If you liked Torch Song Trilogy.

Don't see it if difficult mother/gay son relationships are uncomfortable for you.

See it if You enjoy new comedies by talented playwrights, over the top characters including a wonderful gender illusionist and enjoy a good laugh.

Don't see it if If you don't enjoy romantic comedies or shows that revolve around gay characters.

See it if You like as many laughs in 2 hrs as Neil Simon ever got, an entire cast w/ godlike comic timing, and dozens of scenes managed with elegance.

Don't see it if You're offended by gay characters, PG-14 rated jokes, or the idea that some parents still refuse to accept their children's sexuality. Read more

See it if you enjoy a well written well acted play. Funny, poignant, with well developed characters. I found myself laughing out-loud. I recommend it.

Don't see it if if you don't have a sense of humor, cannot relate to complex relationships, or have an issue with a gay love story. Read more

Don't see it if If you have a problem with humor and intensity, Love and understanding and compassion, or dealing with a gay culture

"Gill expertly writes each character as three dimensional, giving each complex backgrounds, making it clear that each benefits from knowing the others. A mundane Scrabble game is as revealing as Truth or Dare. Phone calls uncover the wonderful interdependencies of this group. The biggest delight of this comedy is watching Kitty change, not only accepting what she found abnormal, but finding methods to enjoy herself in new ways with new people."
Read more

"Gill hasn’t quite merged his characters and themes into a cohesive whole, and he needs to acquaint himself with the Delete key...But he knows how to make us laugh, and, a few contrivances notwithstanding, care a little, too...The saving graces: Gill writes funny, with a keen ear for contemporary dialogue and neuroses, and Tillotson directs with varying rhythms and an ability to plumb whatever depths there are in a pretty superficial comedy.”
Read more