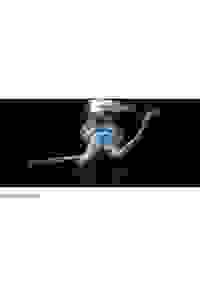 Teatro Patologico (Pathological Theater), re-imagines Shakespeare's 'Titus Andronicus,' retelling the bard's bloodiest and most violent work through the voices of the patients of a psychiatric hospital.

Set during the latter days of the Roman Empire, 'Titus Andronicus,' tells the fictional story of Titus, a general in the Roman army, who is engaged in a cycle of revenge with Tamora, Queen of the Goths. The focus of the production is not on Shakespeare's mixture of horror and vengeance, but rather on the alternation of true and feigned madness. This performance marks the culmination of the 'Integrated Theater of the Emotion,' the world’s first university curriculum exclusively oriented towards the professional and academic formation of individuals with physical, intellectual, and developmental disabilities in the fields of performing arts.

See it if you like avant garde theater, and you have time because it was just for one week in New York.

Don't see it if you don't like Shakespeare. If you don't want to explore a different kind of theater. mIt is an uncommon play. Read more

See it if You are a fan of Titus Andronicus or avant-garde theatre.

See it if you know TITUS ANDRONICUS and/or Italian. If you are interested in Drama as a cathartic tool for both audience and performer.

Don't see it if you like simple Shakespeare productions or have an aversion to experimental theater.