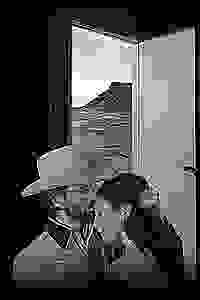 There are Greek tragedies, there are Western romances, then there is Fool for Love. With the wild and lonely desert as a backdrop, Shepard paints a gritty picture of a relentless lovesick madness that leaves no heart safe in its wake. He reminds us that truth and love are no match for the past that haunts the present.

See it if If you like Sam Sheppard no matter what play it where its playing at.

Don't see it if Not a great production. Acting is fair at best and so is the staging of it. This rendition can be missed as it misses on many accounts.

See it if you’d like to experience a clear presentation of an important but flawed script from an important American playwright.

Don't see it if you have seen many productions of this play: This one, though adequate, tells you nothing new.

Also I saw the original volcanic NY premiere production of “Fool for Love” & several remountings since. In no subsequent showing has the central couple achieved the sexual heat of the original (Kathy Baker & Ed Harris), but that has helped me assess the script’s flaws (along with its considerable virtues). If you have seen landmark productions of this play, you might want to pass on this one, which is clear & pleasingly intimate but, because the attractive male & female leads do not feel totally sexually besotted with each other, the central force of the play is blunted. Things about the script that never quite worked (a lot of dad’s semi-supernatural intrusions) loom larger due to the cooler ardor of the leads. Unless infused with “L’amour fou” the play threatens to lose its point. But if you have never seen this important script from an important writer, this is a very good chance to do so.... Read more Read less

See it if you like Shepard's writing and his subjects - off beat, true-to-life characters in a one act, one scene intimate production with good actors

Don't see it if you expect a complete story - here you get different points of view and tie them together without a happy ending.

See it if you have never seen this classic of American theater. It is a serviceable production. The store front gallery adds to the environment.

Don't see it if you need to believe that the central characters cannot keep their hands off each other. For me they played the words but missed the feelings

See it if You like Sam Shepard's plays with drama and dysfunction people.

Don't see it if You dislike drama, dysfunction people. If you want a longer show.

Don't see it if You are looking for an uplifting or feel good type show. This is Sam Shepard at his grittiest

Also I have now seen this play done five different times. The worst one I saw was the one on Broadway a few years ago This is just not the type of show that should be on a big Broadway stage. This production is much better than that one. I was very pleased when I walked in the theater and I saw the old man already sitting on stage because he looked absolutely perfect. I don’t think any of the acting was great but it was level and you could tell these actors worked hard and well together. I felt like something was cut out from the original script. I may be wrong about that but that’s what it felt like to me. I also really enjoyed the music that they used.... Read more Read less

See it if you enjoy Sam Shepard's plays no matter what; you are sympathetic to and understand the backwoods relationships portrayed.

Don't see it if you only like musicals; think Shepard is overly dramatic and soap opera-ish; are overly annoyed by one bad actor in the show.

Also Cast did a good job with a somewhat unbelievable plot. One actor was quite bad, but as his part was small, it didn't effect much. Interesting venue.... Read more Read less

Don't see it if you don't know that rural America lives in trailer parks and motel rooms where alcoholism, philandering and incest are standard, not unusual

Also I get the feeling from reading some of the reviews that many New Yorkers don't realize that what Shepard depicts in this play is actually how much of America lives.

Shepard's depiction (pre-meth) is a very accurate picture of life for many in America (if you want to see America post-Meth see Monsoon Season which "shows" the "same characters).

If you need an idealized view of the US do not see this show.

See it if You want to see and hear a story about conflicted forbidden love performed by two pretty good actors in an intimate setting.

Don't see it if You need something bigger and you are not interested in a love story being told and performed in an intimate space.

See it if Bottom line, all Sam Shepard lovers will love this production. It is quirky and gives Sam’s prospective on the west.

Don't see it if Sam Shepard plays are generally quirky and this one meets that goal. It might not be your kind of play.

See it if A Shepard fan or haven’t seen Fool. Stripped down production works well in this tight space though voices should have been better projected

Don't see it if Seeking a polished version. Tighter direction and more experienced actors might have fleshed out the thin repetitive script.

Don't see it if You have seen it.

Also I have to qualify my review. The actors do not have the acting chops to rival the MTC production. They lack the sizzle and bite to bring their characters to life. They do reasonably well in their roles. The intimacy heat is tepid and the revelations seem contrived. Small theater adds to intimacy. I had high hopes for this production but they did not pan out. It's hard to breathe life into this difficult mostly 2-hander 25 year old play.... Read more Read less

See it if you're a Shepherd fan; don't mind a weak presentation of his work

Don't see it if you're expecting a blockbuster Shepherd play

Also Weak show that never really develops into anything. It's like Eddie and Mary are still in high school with their "Get out, I hate you, no, come back, yes,get out" again behavior. Difficult to figure plot, what's reason for Dad, until near end. I never saw the original version, but it must have been much, much better to justify this slow remake... Read more Read less

See it if To see a decent production with strong lead, Eddie (Brian Britt), & an imperfect but classically Sam Shepard script, on dark family secrets.

Don't see it if You’ve seen Fool for Love before or expect an electrically sexual attraction between Eddie & May (Erin Roy).

Also The acting on this is not quite there. Frankie McCarthy as Martin (May's "date") pulls off a reliable dumb fellow, completely clueless as to what has just hit him. Paul Korzinski as the Old Man (the evident father of both Eddie and May) does a less creditable job.

The main weakness here is the lack of sexual sizzle. But if you have not previously seen Fool for Love, this is solid enough. (Great set & intimate setting.)

See it if You like black box theater. You're a diehard Shepherd fan.

Don't see it if You want to care about characters who have something meaningful to say.

Don't see it if You put off by the off beat

See it if It's VERY well written, the stage is fantastic, it's fairly short, and it's cheap.

Don't see it if The acting isn't 100% there. It's a game cast, but you could see some of them ACTING in a way that was distracting. Overall worth seeing.

160 reviews
Get Alerts Alerts On Alerts Off
70
Disappointing
November 23rd, 2019

See it if you are a Sam Shepard fan.

Don't see it if you want a really good interpretation of his play.

Also No sexual tension between the actors.

See it if never seen the play; curious how one actor can carry a production

Don't see it if seeking something resonant

Also May's role here is to play hot and cold to Eddie's persistence. The actress HAS to show a range to make this alive, but here we get a flat performance, wooden speeches and the coldest passionate kiss ever. What makes this worse is that the big reveal is no longer shocking, so the main reason to watch this dated play is to see what the actors do with the roles. The actor playing Eddie carried the whole play alone (the 2 supporting actors were passable at best), but even he stumbled at the end. Still - a hero!... Read more Read less

See it if Brilliantly acted,directed,written&lit. Shepard's best known play abt the dark side of life in West,focusing on 2lovers who can't live -MORE

Don't see it if Uninterested in Tom Shepard's plays.

Also with nor without each other. Themes of
love, hate, jealousy and memories drive the absorbing story with a very surprising twist at the end.
The play won the 1989 Pulitzer Prize For
Drama. In 1988 adapted into film, directed by Robert Altman with Shepard in lead role.
If you liked movie, you would also enjoy the play.

See it if tonight. It is the last performance

Don't see it if small theater with amateur cast

See it if you enjoy great play writing and intense characters

Don't see it if you want something light and musical

TheatreLover311
New York City
Female
104 reviews
Get Alerts Alerts On Alerts Off
65
Forgettable, The story felt existentially tired, as if the world has moved on from small time american drama, Actors were good individually but as an ensemble they lacked the magic chemistry to make this production successful, Underwhelming
November 17th, 2019

See it if You have yet to see a staging of this classic Sam Shepard's play.

Don't see it if You saw the 2015 Broadway production of this play starring Sam Rockwell. If you have a good memory, you'll be too tempted to compare them.

Also Filtering this play using 2019 lenses, it felt irrelevant and wasteful of the audience's energy to care about the lives depicted on the stage. We live in a very different America then the one depicted when it originally premiered in 1983. It's hard to care about these individual lives when America is fighting for the moral high ground it has enjoyed since after WWII.

As such, the play hasn't aged very well. I found no fault with the individual performances of the four actors. But as a whole, it seemed to suffer a 'malaise of meaning' in terms of what it is trying to communicate to us in 2019. Themes of dysfunctional family ties, abandonment, emotional survival, seem too entrenched to be easily communicated to feel relevant and worthy enough to make us care about the characters' fate.

Small American lives like the ones Sam Shephard was so good in bringing to life on the stage have moved on to entertain us as social networks' big influencers, one desperate click at a time.

See it if Someone looking for intimate theater. Small scale production with actors close to the audience. People who want an intro to Sam Shepard.

Don't see it if You are looking for compelling theater.

“Fool for Love (Destiny Manifests)” hasn't been reviewed by any Critics (yet!) 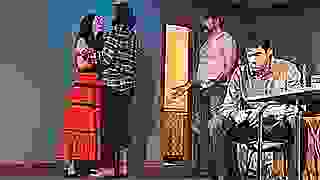 Destiny Manifests
Producer
Get Alerts Alerts On Alerts Off 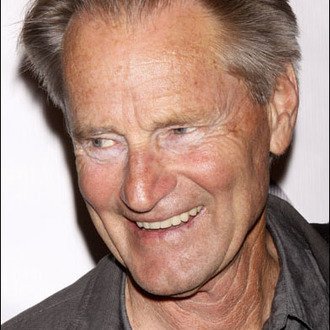