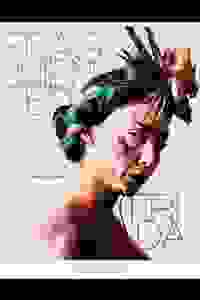 After facing an episode of bullying due to her Jewish heritage, and being told she was "found in the trash" by her parents, a rebellious young Frida Kahlo is determined to prove that she is not a “nobody." But a tragic, near-fatal bus accident, her own insecurities, substance abuse, and a heartbreaking betrayal leave Frida in shambles. Shattered and alone, Frida is forced to look at her own self and depict her suffering on the canvas, becoming one of the most iconic female painters of all time.

See it if you love masterful acting. This is a real tour-de-force solo masterclass.

Don't see it if one-woman shows bother / annoy / bore you.

See it if you appreciate masterful acting and care about the human experience.

Don't see it if just see it

See it if You want to experience the most captivating version of Frida Kahlo you'll ever see.

Don't see it if You are offended by powerful women.

See it if you want to be moved and if you love artistic choices. This show will make you fall in love with the theater all over again.

Don't see it if you are uninterested in poignancy and exciting theatrical experiences.

"She demands an emotional connection to her subject and sometimes succeeds...Frida’s soul is elusive for Dantas, a writer and performer who’s looking for the artist’s personality in all the wrong places. Dantas appears a capable actor; she communicates outrage and joy effortlessly as her character experiences a wide range of victories and failures...Frida doesn’t evolve into a strong figure who perseveres rather than enduring her physical and emotional travails...It’s a missed opportunity."
Read more

"With the help of videos cast on the walls of her childhood home...we can picture Kahlo in Mexico and New York City...But it is mostly Dantas’ skill as an actor that makes Kahlo come to life...Dantas knows how to make movement count as much as voice. Her portrayal of Kahlo is deeply physical as well as emotional. Despite its title, 'Fragmented Frida' gives us an extremely coherent image of a very complicated woman."
Read more