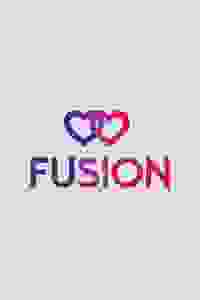 This world premiere comedy is a two-person modern love story about a young woman who finds her relationship with her screenwriter boyfriend challenged when he experiences sudden career success.

"Fusion" tells the story of Alison, an accomplished chef, and Daniel, an aspiring screenwriter moonlighting as a movie critic. They’ve been dating about six months when Daniel drops a bombshell on her: he’s been offered a dream job writing movies in Hollywood and must leave in one week! When she can’t bring herself to move there with him, they go their separate ways. Three years later, he’s back – hoping she’ll change her mind. But his strategy of showing up drunk in the middle of the night, his newly won Oscar in tow – might not be the best.

See it if you're into young playwrights and actors trying their best, enjoy long uninteresting dialogues and an unoriginal story stretched to 2 hours

Don't see it if you have little patience for endless banter that seems to repeat the same themes, and broad, annoying, characters that are badly written

See it if You enjoy Hallmark movies. This is a cute rom-com. Script plays very realistic. Would have liked even more humor. Actors were excellent!

Don't see it if You don’t like Rom-coms. Pretty straight-forward plot with a grownup ending.

See it if you enjoy a well-acted realistic story about relationships.

See it if you like romantic plays and get ideas about problems young couples might face when trying to balance a new love and a new job. Great acting!

Don't see it if you like serious, thought-provoking shows.

See it if you enjoy the ups and downs of relationships, you like realistic stories with believable characters

Don't see it if you want activity onstage, you want laugh out loud comedy

See it if you like a fun show with excellent actors and funny dialog.

Don't see it if you don't like romantic comedy or 2-player plays. Read more

See it if absorbing although not a new story-well acted

Don't see it if a two character story is not interesting

See it if You like somewhat predictable romantic plays.

Don't see it if You like plays with complicated plots. Read more

“While it has some effective elements, 'Fusion' seems to make a caricature of relationships rather than delving deep to explore intimacy between two people...What 'Fusion' attempts may seem simple, but the simplicity demands perfection and this piece is lacking. Conversations go on too long or never quite reach fruition. Logic strings arguments together but seems unnatural...Parrish's script is not altogether unsuccessful, it just plays very one-sided.”
Read more