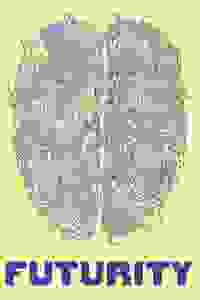 Soho Rep and Ars Nova present an avant-Americana musical about two people who try to imagine their way out of impossible circumstances.

Julian is a Civil War soldier dreaming of a technological utopia. Ada is a mathematical genius thousands of miles away. Together, they’re going to invent a machine to end one of the darkest periods in our history. An experimental concert-story featuring an army of thirteen musicians, written by indie band The Lisps. Blending American indie-folk music with dreams of invention, 'Futurity' explores a world where utopia seems within reach.

See it if You like an uncomfortable theatre experience.

Don't see it if You don't like being assaulted by unnecessarily loud mediocre music and lights so bright you can't look at the stage.

See it if you like shows that are trying new things, you are interested in Ada Lovelace or the Civil War, or want to something different.

Don't see it if you are looking for a very straightforward show.

See it if You want to renew your faith in the American musical.

Don't see it if You are content to see revivals of Hello Dolly for the rest of your life. Read more

Don't see it if you only like conventional musicals

See it if you like very repetitive indie songs with clever lyrics and masterful staging. You don't mind a confusing story w. no character development.

Don't see it if you want a balanced musical and dislike occasional fourth-wall breaking, or if you need fully developed characters.

See it if This is the kind of special downtown show you want to see off-Broadway. It was creative and ambitious and made great use of its ensemble.

Don't see it if you don't like the ensemble playing instruments. You don't like wordy songs. You hate steampunk. You only like singers with perfect voices.

See it if a pacifist manifesto concert with boisterous, joyful noise, and wonderfully theatrical deployment of the musicians

Don't see it if extreme gentleness isn't your thing

"It’s finally here: a musical made for brainiacs! 'Futurity,' an odd and often beguiling show written by César Alvarez with his band the Lisps, could send science geeks into the kind of swoon that befalls more traditional musical theater lovers at a great production of, oh, anything by Stephen Sondheim...how refreshing to meet a musical that has too much on its mind, rather than too little."
Read more

"There’s a fatal lack of dramaturgical forward motion to the affair, which alternates increasingly same-sounding tunes with fragments of dialogue and speeches...The density of intellectual whimsy and antiwar melancholy in 'Futurity' is admirable but too ungrounded in characters or situations to make us care very much. Alvarez and his collaborators merely create a tedious, prolonged present."
Read more

"'Futurity' doesn't really go anywhere. It is essentially a folk concert mixed with didactic speeches. Still, one can't help but admire its contemplative and informal nature. Plus, the performers are chummy and there's free popcorn."
Read more

"Those who like their theater messy and beautiful are liable to fall in love with 'Futurity.' The show's spritely touch-and-go relationship with its themes, however, will leave many feeling unsatisfied. If an artist is going to bite into a piece of red meat, he ought to be prepared to chew. 'Futurity' has a habit of spitting its themes into a napkin and hiding them under the table."
Read more

"A wildly original, often stunningly staged musical theatre piece that, in its own sideways manner, confronts something very dark in human nature...Not everything works: as the show progresses and becomes more surreal, the staging, rather than the words, holds it together. Having established its sad dichotomy between the world of the mind and the world of power and bloodshed, Alvarez mostly circles around it, finding new ways to express, as opposed to extending or complicating, it."
Read more

"Despite its lofty ambitions, it never talks down to its audience...An engaging event that is a delight to experience, especially if it can be enjoyed as a concert. Teetering on the edges of performance art, the inherent weirdness in the piece makes it both exciting and a little alienating for those expecting a familiar musical theatre format. But for those looking for innovation, there is much to appreciate from The Lisps and this incredibly talented team."
Read more

"Direction by Sarah Benson was nothing short of visionary...Translating Julian and Ada’s frustration about war becomes 'Futurity’s' victory. Though envisioned as a war and peace argument, 'Futurity' often wins solely on the music."
Read more

"Tricky concepts lie at the heart of 'Futurity'... 'Futurity' collapses past, present, and future into a beautifully cerebral folk-rock spectacle... There’s little plot or character development here, and the premise is mostly a vehicle for the dizzyingly intellectual songs... These larger ideas, are what take 'Futurity' from being solely entertaining to fascinating."
Read more