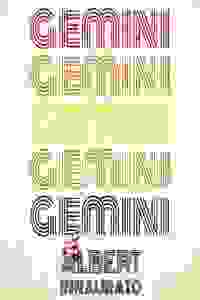 In the play 'Gemini,' Francis is about to have a quiet, easygoing 21st birthday...or so he thought. Winner of the 1977 Obie Award for Playwriting and nominated for Drama Desk Award Best Play of 1977.

When Francis began his birthday weekend, he expected to see some relatives and neighbors and perhaps have some cake. However, this tranquil picture of a 21st birthday is soon changed when his Harvard love, Judith and her dashing brother, Randy, show up. While introducing them to boisterous neighbors Bunny and Herschel as well as his father, Fran, and Fran's lady friend, Lucille, Francis tries to keep his worlds separate but winds up seeing connections for and truths told.

See it if A good recreation of a long running Broadway play on a small economical staging. Some good acting.

Don't see it if Not constant energy. Actors at times seemed to lose pace.

See it if you want to capture the big deal it was to come out in the early 70's - the writing is spot on and from that time portraying Italian Philly.

Don't see it if you want a play that is all together - it lacks cohesion, actor sincerity, is difficult to hear-missed many lines and the set does not help.

See it if you want to see a so so revival of a very funny, heartwarming play about the importance of family & the confusion of who you are becoming.

Don't see it if you remember the fantastic original production now performed by a new company of non equity actors, some who are questionable.

See it if You want to see a play that feels like a time capsule of gay life in the 70's.

Don't see it if You want something that feels fresh. Or if you're offended by gayness in plays.

See it if You want to see a show about a boy coming of age. The interactions with his family and friends are well acted. Great story and plot twist

See it if A classic comedy returns for a limited run. This played over 1800 performances originally and has many funny moments still.

Don't see it if Presented on a small stage limits this production and if your tired of dysfunctional people, it may not be for you.

Don't see it if You want a truthful character

Don't see it if You are not charmed by the antics of college-age characters and their parents.

"The play is endearingly dated...Innaurato’s piece was written before the dawn of the hyper-sensitivity that would make us feel guilty about laughing at the play’s 'politically incorrect' one-liners about ethnicity, class, weight, sexuality, and more. As a result, theater attendees in 2018 will probably find this THIS 'Gemini' more funny than audiences did 41 years ago...The entire cast of 'Gemini' is wonderful."
Read more

“I enjoyed this production. Though, at times, the show seemed to have a rather low energy. There are many moments in the play where the action is simply the actors standing around and talking to each other, which is not a problem in itself, though it seemed that a few times the actors were waiting for the next exciting thing to happen...When the play was allowed to land, it was a joy to watch, particularly, the moments between Francis and his father."
Read more