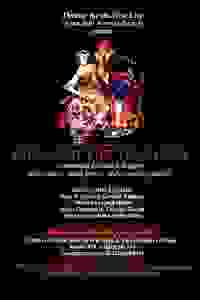 Theater for the New City presents a family-friendly, commedia dell’arte folk opera about the power of love.

When Giovanni encounters the Bombasto Family commedia troupe, he becomes enchanted with the star of the show, the beautiful Colombina. Tricked by Colombina’s father and siblings into believing that a treasure lies hidden in a nearby haunted castle, he sets off on a quest and encounters a fake ghost (a giant puppet constructed by the Bombastos), then an actual spirit. In the end, he discovers that the real treasure is his love for Colombina. 'Giovanni the Fearless' features spectacular projections, clowning, tumbling, puppetry, special effects, and live music.

See it if good singing and staging. Good fun for children.

Don't see it if If you want a more meaningful show, play or musical.

See it if U want to bring children to see a safe wholesome family show that will delight kids under 12. U like commedia style shows with campy fun.

Don't see it if U want a show that will at least satisfy adult standards for entertainment half way. It really is way too childish to hold adult attention. Read more

"The music is beautiful, the talent great, and the reality of true love wedges itself right into the fabricated mess of these actors' lives. 'Giovanni the Fearless' gives the feeling of an impending thunderstorm that, when it hits, leaves the world cleansed and new—that is the joy of seeing this musical...There is so much good in the simplicity of this plot...A very talented ensemble that adds to the drama and comedy with musical interludes."
Read more