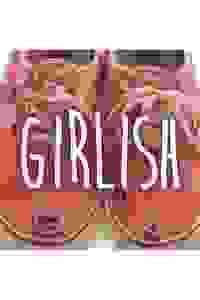 Part of FringeNYC: A sketch tale of two young women who grew up to be "Girl-ish". This comedy revue is grounded in Steph and Alex's true life experiences and woven with music, movement, a little absurdity and a lot of fun!

FROM THE ARTIST:
A smart sketch tale of two young women who grew up to be more or less "girl-ish." This buzzworthy revue is grounded in the true life experiences of stars Stephanie Anderson and Alex Bellisle, and weaves heart and humor with music, movement, a little absurdity, and a lot of fun!

Chicago natives Alex Bellisle and Stephanie Anderson have penned a poetic (and hilarious) portrayal of feminism in the 21st century. Their 2 woman sketch revue, Girlish - takes you on comedic journey from gender norms of childhood to career womanhood and everything in between. You will even get to see them bring back hoop skirt fashion…and who wouldn’t want to see that? For an hour filled with over the top laughter that leaves you with a thought-provoking aftertaste- be sure to get tickets to Girlish!

After a very successful show run at MCL Chicago, and The Chicago Women’s Funny Festival- Girlish heads to NYC for Fringe! These women have honed their craft in the Chicago comedy scene, appearing at The Second City, The iO Theater, and beyond. Laugh along as they reminisce about the life experiences and social perspectives that have made them the comedians they are today.

See it if you enjoy improv and sketch comedy, if you consider yourself a feminist, and if you want to watch something fun and relevant.

Don't see it if you don't enjoy this type of comedy or if you are uncomfortable with even light audience participation.

See it if you enjoy sketch comedy for the moments that drift into improv; you like stories about unconventional girls and women; you embrace awkward

Don't see it if you're looking for genderqueer or trans content; you like your women of a certain daintiness; you hate it when actors break on stage

See it if You enjoy sketch-based comedy, you enjoy feminist themes, you like music-hall style theatre

Don't see it if You don't enjoy feminism-based sketches, or if you want a big traditional musical number.

Don't see it if You don't like improv or audience interaction.

See it if You want to fall in love with two talented women having a blast and if you like to laugh. If you've ever felt like an outcast.

Don't see it if If you don't like to laugh.

See it if you are very interested in improvisational comedy and do not mind if it turns out not to be funny.

Don't see it if you are not interested in improvisational vignettes about the actors life experiences.

See it if You are a fan of strong, hilarious women who are fearless performers. This show was so original and fun! I laughed out loud the whole time.

Don't see it if Improv/Sketch is not your thing. Though even if its not, you should try something new. These women rock it!

See it if You enjoy sketch comedy and short character studies.

Don't see it if You prefer a show with a high polish. This is more improvisational, and that's a risk you have to be willing to take.

"'The sketch style and quick pacing shows off the team’s Second City writing chops, and the cast demonstrates their performance range…'GIRLish' is short, and because there is so much packed in, it can feel scattered at times...But the jokes are sharp and the energy never drops. Overall, the sincerity of the show and the tight chemistry of Bellisle and Anderson make for a solid, upbeat revue. Feminist-ish, empowering-ish, poignant-ish, 'GIRLish' is quick, clever, and fun."
Read more