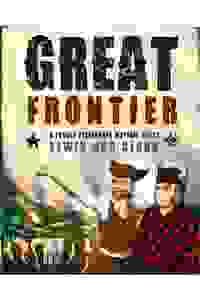 Great Frontier: A Poorly Researched Musical About Lewis and Clark

Will Lewis and Clark survive their journey and become American heroes, or will it all just be a waste of time? The creators of this comic musical actually have no idea. It was very poorly researched. More…

"Great Frontier" is a musical farce about Lewis and Clark, two pathetic townies who have never done anything remarkable with their lives. But everything changes when President Jefferson sends them out west!

See it if You like a silly show. If you do not care if a show is professionally done or not.

Don't see it if If your looking for a serious show. One more professional. If you really want to learn something about L&C.

See it if you enjoy comedy that takes a historical tale and characters and updates it with current references to bring about 90 minutes of zaniness.

Don't see it if you are expecting perfection: this is a small budget production with bare, repetitive music, one voice overly loud and one hard to hear.

Also One of the cast was late, delaying the start by 15 minutes. Overall, the cast was very energetic and provided an evening of delightful escape.... Read more Read less

Don't see it if you are looking for a well written, well acted and well sung musical. This is not it.

Also Why put on a musical when not one of the cast members has a singing voice? Thank goodness there were some laughs to be had.... Read more Read less

See it if you enjoy camp, lite fare, silly humor. Title says it all. It takes "interesting" liberties that sometimes pay off, other times fall flat.

Don't see it if you don't like playful, corny shows. It's not a big production, doesn't take itself seriously (at all), & DEF isn't historically accurate.

Also It's no masterpiece.

It doesn't pretend to be.

Most of the actors deliver off-the-cuff scene-ending quips that don't always land, but the book has its moments. Tragically, the Oval Office scenes are marred by Roberto Guzman ("Jefferson") inexplicably screaming most of his lines. Maurice Licorish ("Madison") lightens things up w/some contemporary jargon, but there's no saving these scenes as written.

The lyrics made me chuckle. I actually laughed hard @ some twists. But the music is too grade-school oom-pah-pah for even the most untrained ear. There's a lot of chord-banging, w/no flare or filler melodies. Sorry, Kevin.

There's much potential here. Supporting cast is OK on the acting front, but it's a musical. It needs to be re-cast w/stronger singers who can act.

See it if You enjoy sophomoric humor or want to see some nods to Mel Brooks and Hamilton.

Don't see it if You are looking for a well-crafted musical comedy.

Also "The American dream is nothing to laugh at." -John Adams

Or at least it isn't in Great Frontier. The show is advertised as poorly researched but it is, unfortunately, poorly written as well.

Great Frontier is, to date, the most poorly crafted fully staged off-broadway musical I have seen.

The music, most of it purposefully summoning up the feel of an elementary school musical, is instantly forgettable.

The book is in need of dire revision. Though honestly the script is so haphazard that it's difficult to tell what is a poorly written joke and what is an ad-lib.

The script is at its best when focusing on the adventurers rather than the strange B-plot involving Jefferson, Madison, Burr, and Adams.

Every scene ends in identical fashion, with one character left on-stage dejectedly muttering an ad-lib.

There are some great performances in here though. Patrick J. Reilly, as the burly Clark, has great comedic chops. Yanece Cotto easily steals the show as Sacagawea.

See it if Want a good show for a good price. It’s legitamately funny. Some of actors are exceptional particularly Guzman and Cotto.

Don't see it if Mind that the songs arnt really good and the voices often don’t sound good. Don’t like farces or honestly ridiculous narratives.

Don't see it if You offended easily about referrrals about major historic figures, racism, bare bone staging, foul language. This is a small production

Also Either you love it or hate it. I enjoyed it, even though the show opened late 15 min, the cast was good at entertaining us. One actor was extremely loud, while another was quite the opposite. Some lyrics were good, so was the opening act. If you want to have a few laugh, listen to good songs, then definitely go & see it.... Read more Read less

See it if You like to see promising talent and a fun show. Songs were clever and the piano was perfectly paced. The Pit Loft was a fine venue.

Don't see it if You want a big show.

137 reviews
Get Alerts Alerts On Alerts Off
75
Entertaining, Delightful, So so singing, Funny, Fluffy
November 1st, 2018

See it if You want to be entertained. The amateur style of performing makes it raw & refreshing. Although the singing was..., we have some good laughs

Don't see it if You want to be overwhelmed by grand production...

See it if you want to see an enthusiastic, energized cast giving it their all in a zany rendition of "history" with obvious liberties taken.

Don't see it if you're expecting something profound and well-staged as opposed to this campy, sometimes clever, sometimes flat low-budget production.

Also I had a mixed reaction to this production as it was fun at times while being overly campy and downright corny at other times. There are most definitely some delightful moments in this performance which comes right out and says that it takes great liberties with history and is obviously not factually accurate in a very intentional manner.

The lead characters (Kevin Froleiks as Lewis and Patrick Reilly as Clark) were obviously "all in" this production as Kevin composed the music and both shared in writing the book and the lyrics. One could see that they were trying very hard to make this a success.

Patrick Reilly played his campy role to the hilt and it was fun watching this chubby rendition of William Clark playfully dance and deliver funny lines. Kevin Froleiks played the part of Meriwether Lewis quite well and his interactions with the "13-year-old" Sacagawea were particularly funny.

Don't see it if you you dont like musicals

See it if You're looking for an adventure. I liked the dynamics and the songs were great.

Don't see it if You dont like historical pieces. Even though it's very loosely based on real events.

Don't see it if You are looking for serious theater.

See it if Emtertainig if you suspend any reality of history. Thomas Jefferson as dumb. You must be kidding

74 reviews
Get Alerts Alerts On Alerts Off
25
Excruciating
November 2nd, 2018

See it if I hate to scorch a show, but I can't think of a reason to see this. However, some people were laughing, so I guess some people liked it.

Don't see it if Again, I feel bad, but unless you like poorly written, poorly sung camp with performances uneven at best, don't see this show.

Don't see it if You dislike silly productions and wish to see only elaborate productions.

Also I thought that this musical (the actors were accompanied by only a piano player) was mildly entertaining. It was performed in a comedy club.... Read more Read less

Don't see it if you want historical accuracy (Ha!) or fancy sets or not want to hear excessive yelling (by one character in particular). :(

See it if you don't want to think very hard

Don't see it if you like more complex and masterful songs

See it if You enjoy clever new comedy. So much fun! Out of the box.

Don't see it if You take theater very seriously.

See it if You like silly, corny shows that have a few clever moments.

Don't see it if you don't like campy comedy or you're expecting a historically factual, epic show with great costumes and a great story.

Also I gave it a higher level so-so score because I thought it was really
corny/campy but my husband really liked it. The show however did everything it promised. It delivered a poorly researched silly comedy.
... Read more Read less

See it if you like comedic, playful musicals and/or shows that lightheartedly touch on serious subjects.

Don't see it if you want to see a dramatic musical or an accurate retelling of the story of Lewis and Clark.

Also I struggle with rating this one because anybody who can even write the bare bones of a musical should be celebrated -- but there were just a lot of baffling choices, including a manic screaming 100% of the time Jefferson (why?) and a neither comical nor explained choice to make Clark gay ("character development"?). The fact that it's poorly researched is in the very title, but it's a conceit I feel they could have done a LOT more with, rather than just mumbling some dates and making up Chief Running Joke. There was so much potential there to be more clever!

Some of the cast have great comedic timing , but it mostly felt like a lot of the lines were filler that never got replaced with real ones later. It's brainlessly entertaining, but just so.

See it if want to see live actors for less than the price of a movie. Original story and was fun at times.

Don't see it if you can afford something like "Desperate Measures".

Also The actress playing Sacagawea was a highlight. She had a certain amount of nuance in her performance. I don't understand why Prez Jefferson was angry 100% of the time.... Read more Read less

See it if You want a flippant, juvenile script

Don't see it if You hate terrible acting and silly story

“Great Frontier: A Poorly Researched Musical About Lewis and Clark” hasn't been reviewed by any Critics (yet!) 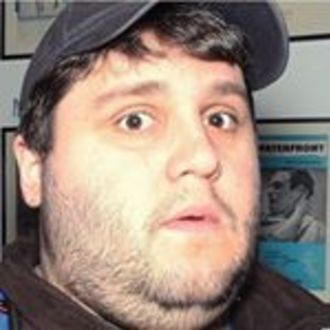 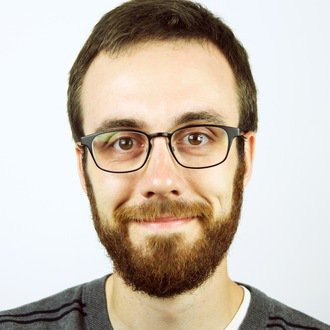 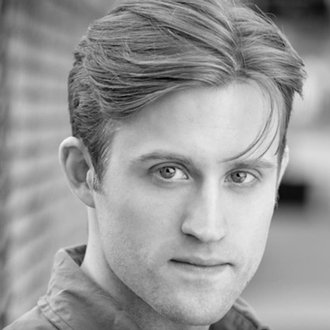 Joseph Harris
Director
Get Alerts Alerts On Alerts Off

Kevin Froleiks
Meriwether Lewis
Get Alerts Alerts On Alerts Off 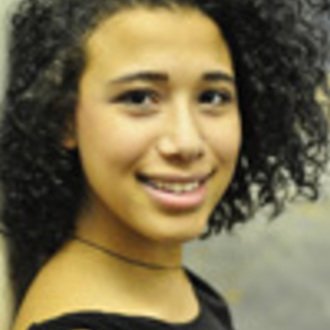 Yanece Cotto
Sacagawea
Get Alerts Alerts On Alerts Off 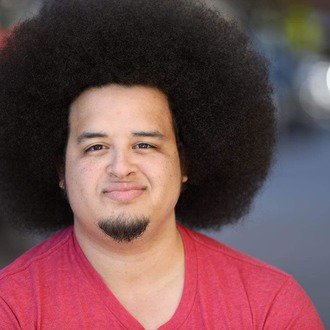